So I received a message from The Strasson Group to watch an early screening of and review their film American Deep State: The Movie.  A documentary about the Deep State and its war on Trump since the 2016 election, and up to when the film was released.  Well, this might not be the review they were hoping for.  Might not get paid for this as a result.

So the film begins with the usual bru-hahah, mention of the 18th amendment with the whole “equal treatment under the law” thing which it of course is building up to be bullshit by today’s standards (assuming those standards were ever met to begin with). Plus talk of the JFK assassination, and mentioning how every conspiracy theory around the assassination involved the CIA to some extent. Then mentioning how the Trump administration blocked the scheduled release of declassifying the Kennedy assassination documents and delaying their availability to the public, even after all these years (makes you wonder who is alive today that was involved, or if it’s more about an organization that was involved and still around today). And it talks about all the organizations these conspiracy theories bring up about it, including the mafia, the KGB, CIA, FBI, Fidel Castro, Lyndon B. Johnson, etc. Guess what group this documentary decided to leave out? The people running the Fed, the big banker groups like the Rothchilds and such. That’s a big thing to leave out if you’re going to cover several bases in brief, especially when Kennedy was preparing to sign a bill that would remove the Federal Reserve and the dollar currency and replace it with something else.  After all, he took some inspiration from Hitler’s methods of making his country nationalist-socialist by removing the big Jewish banks and making his country a powerhouse (something Dinesh D’Souza’s Death of a Nation documentary can attest to, that JFK and the Democrats were inspired by Hitler’s policies for a time, up until the headlines reported on the holocaust atrocities). Consider my skepticism raised at this point.

The first portion of the documentary covers the conspiracy of the JFK assassination (not exactly original at this point, it should be taken for granted that most are skeptical at the very least about the official story).  But this does have the advantage of utilizing sources of the newly released government documents (as of 2017; still excluding the documents under classification that should’ve been released), which the film indicates that the CIA was directly involved with the assassination.  Now I just wonder if the documentary is going to imply a rogue CIA group acted alone on this, or if some other organization is pulling some CIA strings.

It portrays the Kennedies in a positive light, which is a mistake.  No documentary should ever assume anyone they cover is pure and innocent and well-intentioned, especially if they’re a politician (or even a lawyer).  They even have a “Moment of Silence” bit for the Kennedies.  Well, considering I usually watch these movies quietly, they’ve got that.  But too offset all this, here’s a bit from Lexx (Season 4, Episode 4):

Anyway, 30 minutes into the film, and it finally gets to more recent events.  It’s a by-the-numbers coverage of Trump vs. the Deep State which anyone who has read any headlines from websites like The Gateway Pundit, Daily Caller, Blacklisted News, youtubers like The Red Elephants, Black Pilled, Black Pigeon Speaks, etc. basically has a decent idea about.  But this documentary goes a bit on the in-depth side of it, but not in the most efficient way.  It utilizes a bunch of still photos of websites, stock news footage, etc, yet never really utilizes graphics, still photos of heads with names and line links to organizations and/or other people.  It’s more tell than show.  Not the best method for a documentary like this, which is basically a glorified youtube movie (like Europa: The Last Battle, except that film was done better).

There’s also a lot of lines that are all, “likely this” or “possibly that.”  Comes off like Michael Moore at times.

The music tracks that continually plays throughout the film get tiring real fast as well.  They needed something more subtle and atmospheric, as opposed to booming choir vocals.  I swear, it gets so distracting at times it becomes difficult to hear the narrator.  Plus the audio tends to cut off abruptly at times between scene changes.  Did I mention this isn’t made all that well?  But in all fairness, the narrator sounds good and speaks clearly, when you can hear him.

It also briefly covers heavily worn ground about Trump’s election, and how no one really thought he would be elected (again, covered by Death of a Nation, and even then it was getting to be old news).  And stuff covered by that documentary Clinton Cash.

Trump getting wiretapped, controversy with Comey, war on terror during Bush administration, bullshit with the Obama administration, radical Islam, news media working hand in hand with the liberal agenda, MI6, etc.  All that stuff, and they don’t mention a few significant figures.  The big one being George Soros.  Why the fuck isn’t that asshole mentioned, when he’s financially responsible for half the shit going wrong in the United States?  In fact, why isn’t ANTIFA mentioned either?  Both of them have links to the Deep State (you could say George Soros is one of the main members of the Deep State, and he’s one of the financiers of ANTIFA, let alone illegal immigration). 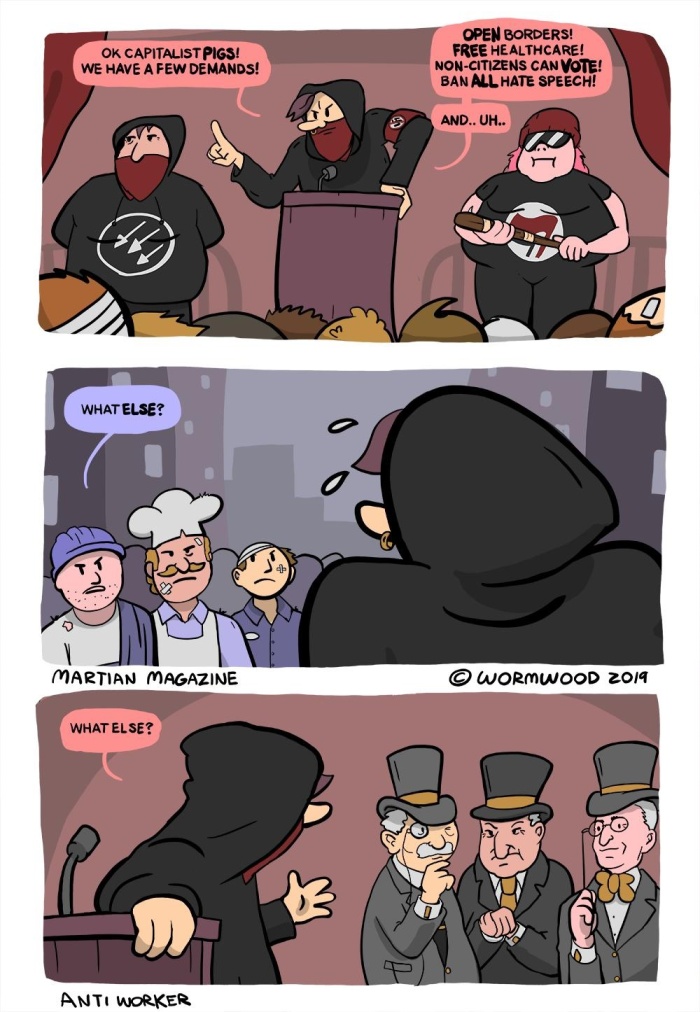 Bottom line, this film doesn’t cover anything new or relevant enough to preach to someone like me who they believe would be a choir boy (plus it’s too simplistic).  And it’s not made well enough to pull anyone in who is of the opposing side.  The quality isn’t that great, it runs for too long (2 hours and 40 minutes total; Christ, I could be watching Ben-Hur, the Charlton Heston version), and it’s just not all that investing with how it’s done.  Make no mistake, there is enough content to have a decent historical informative documentary.  But the execution is poor.

It’s not as informative as it should be.  It’s not entertaining.  It gets boring real fast (and annoying soon after).  And despite me being on the side of the stuff this documentary preaches, I can’t recommend it.

PS: So about that 2 / 5 rating.  I feel bad about previously giving it a 1 / 5 rating (a rating less than what I gave Ghostbusters 2016).  Especially with the monetary donation they gave me (which was honestly more than I was expecting).  Considering I don’t exactly disagree with the points the documentary makes, and because they asked nicely, and money sways people, I’ll boost the rating up a point.  That being said, I still don’t recommend the documentary.