NOTE: This is an older review I made a while back that I just never bothered to post on this website until now. Just in case some of the references seem dated.

Review (aka Bitching and Moaning)

I was ready to write a scathing review of this movie, a scathing review full of energetic negativity. I thought I would feel energized for doing so, like all those other times I took out my frustrations on past films that I severely disliked. I even had a nice intro in mind prior to seeing this movie, something along the lines of, “Fuck me sideways with a cracker jack box, this was bad!”

But I just feel out of it. I feel depressed and weak. Like this film just sucked all the energy out of me. You know how sometimes a movie gets you so angry, so furious, that it makes you skip past the point of shouting everything out loud “Fuck this fucking movie and fuck the fucking writers and the fucking directors and fucking whoever the fuck else fuckers,” and go straight to the, “I’m all worn out from venting my anger” stage? That’s what this did to me. This movie is a slap in the face to the original, and a slap in the face to fans of the original, even more so by calling it by the same goddamn name of the original without any add-ons or play on words. How fucking dare they. Long story short, this is one of the worst films I have ever seen inside of a movie theater.

Yes, I did come into this movie expecting to dislike it. But make no mistake, I always have the intention of watching a movie to find some amount of entertainment in it. I went into Batman vs. Superman expecting it to be terrible, and a lot of people agree that it was, but I found it more entertaining and good than I expected (despite the cons and fucking Jesse Eisenberg). I went into How to Train Your Dragon expecting mediocrity, but I was a sucker for dragons, and I ended up being surprised and enjoyed the hell out of that film. This movie, on the other hand, I expected to be awful, but gave it a chance considering that there are some positive reviews of it, saying that it’s not all that bad. But you know what, it is. It’s as fucking bad as the trailers make it out to be. If you liked the trailers, fuck off and see the movie then, your tastes in film are obviously different than mine, and you’re not going to enjoy reading this review anymore than I enjoyed watching the cocksucking movie.

The pros this film has? Very fucking few, but some are there. I actually liked how the first time they take down a ghost is at a heavy metal concert, taking on a demon ghost that thrives on the music. It’s a cool concept and a cool environment. The special effects for the ghost guns are bitchin’. And I kinda dug the slow-beat remix of the Ghostbusters theme song during a small portion of the finale. The cons? FUCKING EVERYTHING ELSE! Christ, where to even begin with the cons. How about how playing the theme song at the beginning made me want to watch the original film instead? How all the jokes were basically half-assed SNL skits that ran on way longer than they should have. They were obviously trying to push a feminist tone to make up for the lack of it in the 80s (or any fucking decade prior to the last 1 and a half) by making the main braniac cast females (who still act fucking stupid anyway), and by making pretty much all the males dumb fucking cunts (who are even more fucking stupid than the female cast). At least the goddamn original had everyone at a higher standard for how they acted (including the female receptionist), which I’ll get to in a moment. Oh yeah, Chris Hemsworth as the dumb fucking receptionist got real old and annoying real fast. There’s the plot holes of course, though the original has it’s own fair share of them, but they’re more blatant in this film (how did she know about those devices that can amplify paranormal activities when she hadn’t seen one until now? how come they were never arrested like the guys in the original were, especially if they’re murder suspects for killing Bill fucking Murray?). It’s a beat for beat remake of the original much like how Star Wars VII is a beat for beat remake of episode IV, and both films are inferior to the originals in every way (some special effects aside). Turning the ghostbusters logo into their arch nemesis seemed like a cool idea, at first, until they completely bloated the shit out of it and made it over the top. Low blow queef and crotch jokes. A whole shitload of other stuff I’d rather try to forget than bring up.

Some people will say they think this movie is better than the original. That is their opinion. In my opinion, those people got really shitty tastes in movies, and I would say to them the same thing they can say about my opinion (more or less), that they can all take their opinions and stick it up their low common denominator asses. My point being, an opinion can be wrong.

People have subjective tastes in films, and there’s probably nothing more subjective than a sense of humor. But I can prove that the original is objectively better than this one, even if those who have actually seen it only think of it as a mildly entertaining product of its time film that think labelling it as a classic makes it overrated. 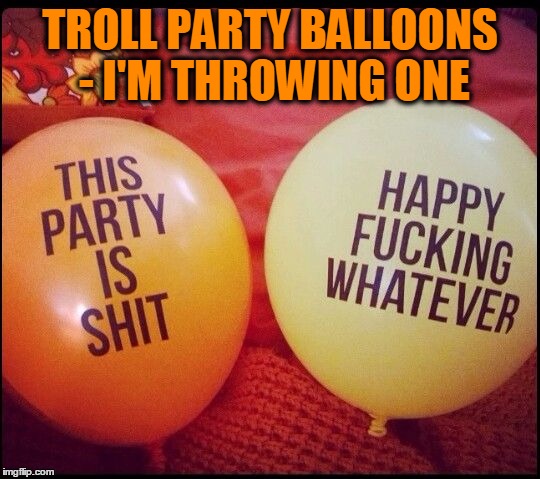 Take away the humor from the original, and what have you got? You’ve got some scary moments, great practical effects work, an epic action packed climax with huge lore-building potential, great chemistry among the actors, cool tech moments, a decent story, and reviews like this that highlight potential hidden undertones within the movie that can make you look at it in a new and interesting light.

Take away the humor from this film, what do you get? Absolute fucking garbage.

I tend to hold films I consider to be dry humor that are good in high regard for this reason. Dry humor films can be enjoyed whether you laugh at the intended humor or not. Wet humor films can only be enjoyed if you laugh at the intended humor. This Ghostbusters: Answer the Call movie is very much a wet humor film. The original Ghostbusters is dry humor. I laughed at it several times anyway, all the more reason I enjoy it, but I still can find entertainment in it even if I don’t feel like laughing at it. And that is the ultimate reason why I can say the original Ghostbusters film is far superior to this one. It’s not the only reason, but it is the biggest one.

Pass on this fucking film. Don’t let them make enough money to the point where a franchise (let alone sequel) is inevitable. At least I managed to see it without giving them 1 fucking penny. One of the perks where I work.