Been a while since I’ve done this, but it’s been a regular thing with each Fifty Shades of Butt-Fucking film that’s come out over the past couple years, so I mine as well as finish it all the way to the climax.  Climax, something none of these films have ever gotten me to do.  Because not only are the sex scenes sissy shit, they have been getting less and less enticing with each passing film.  Hopefully this one will be better, but if not, I fucking swear I’m putting up porn gifs/pics on this blog entry.  One way or another, I’m getting a fucking climax (hey, maybe you will too).  You’ve been warned. 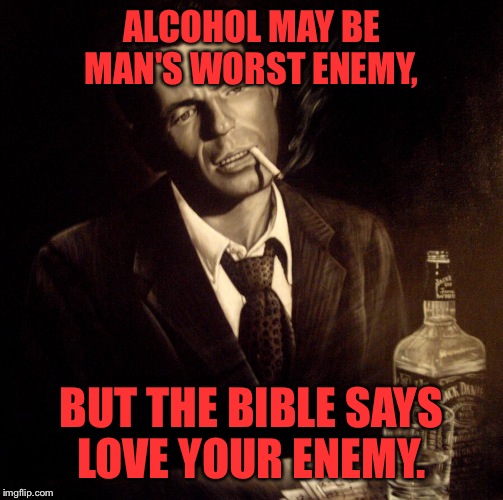 Oh, and there better be ass-slapping in this like there was in the last 2 films.  And there better be some unintentional hilarity (which the first film provided, the second film far less so).  If not, I’m going to throw a bitch-fit.  Oh, who am I kidding, it’s a drunk review; bitch-fits are inevitable.

Gah!  God-fucking-damnit!  This fucking music!  Fuck me in the dick is this bad!  And fuck this dumb dialogue!

Motherfucker, you knew he was rich and already owned a fucking plane that you flew in in the first fucking movie; which he fucking crashed in the last fucking movie!  This is so dumb, it might actually get funny if it keeps this up (it better keep something up).

Whoah, 4 minutes in and we’ve got a sex act going on.  That’s a record for this franchise.  Would’ve been nice if they just flat-out opened with a sex scene.  Would’ve been a lot fucking better if it was going on without that fucking irritating gay-ass hip-hop music playing on top of it!  And the sex scene only lasts a couple seconds!  I shit you not!  Alright, that’s it, you pissed me off movie!  Time for some real stuff:

Wait, what the fuck!?  Grey talks of how worried he is about Steele being too exposed (as in showing too much skin) at this resort near the beach because of all the people around, and then immediately after taking off her bra and rubbing lotion onto her back, he leaves her alone and goes for a swim?  Just fucking–  This is setting up for some “Wah Wah Waaaaah” moment isn’t it?  Or some forced conflict and tension.  You know, I knew that movie was going to be dumb, but I just can’t ever make myself that prepared for something like this.

Ok, I’ll give the movie some credit.  I wasn’t expecting some spy-corporate-espionage stuff to start happening.  Certainly a welcoming surprise from what I was expecting to follow.

And I have to admit, I’m agreeing with Anastasia on this one regarding Grey’s insecurity of Anastasia’s boobs bared in public at a resort where a lot of boobs are bared.

“Christian, look around, there’s nothing but boobs as far as the eye can see.  It’s boobs in Boob Land.”

That needs to be an actual resort, and is has to be one where old tits and fat/ugly people aren’t allowed (you know, like how all nude colonists are in reality).  But anyway, this is probably the only time in the history of this franchise where dialogue like that actually worked.  Well played movie, well played.  Let’s see if you can do that again.

Whoah, I don’t believe it.  There was actually a semi-decent sex scene in this film.

Oh, come on movie.  Don’t you know how to build fucking tension!?  Why would you reveal who the perpetrator is immediately after he does the deed, and show how easy it was for them to discover his identity?  You had me going there, you almost had me thinking you learned how to offer intrigue, mystery, and tension, something you tried and failed at miserably in the last film.  But you just had to blow it here too.

Well, the film seems to be handling the whole “adjusting to the rich life” thing kinda well.

Now there’s a thought.  How would Grey be as a father?  How would he be if he had a daughter?  Well, I guess one could imagine (heehee, I told you I might work in an incest angle).

Part of me (just a small part) was hoping Anastasia would accidentally get stabbed in the eye with the fork.   I know, I know, that’s sick, in a bad way, but the thought did cross my mind.

Ho- ly- Christ.  Christian is still this paranoid and obsessive about Steele, even now?  How pissed he got when he saw her doing a book deal with another guy, doing something that is strictly business.  I mean, seriously, what the fuck?  Please tell me they’re going to start taking this character trait seriously.  Please.

Well, at least she’s admitting she needs some breathing room in this relationship.

Yeah yeah, Grey buys a fancy house for them in a somewhat secluded spot, yadayadayada.

Whoah whoah whoah, wait a minute, back that up a second.  “Self-cleaning-glass?”  State of the art?  I’m calling bullshit on that.

Oh, well, I sit corrected.  Apparently, self-cleaning-glass is a real thing.  Probably doesn’t entirely live up to the name, but apparently some homes do have this.

Goddamnit!  What the fuck is up with this home-redesign lady?  What the fuck kind of a businesswoman says to a customer, “No, it would be better this way, your way sucks elephant dick.”  FYI, the dialogue exchange didn’t go exactly like that.

This woman’s name is Gia?  Like a Gia pet, or “Gee, uh, would you kindly fuck off.”  Heeheehee, and Anastasia justifiably talks to her as if this woman’s name stood for the latter.

Uh oh, Anastasia is behind the wheel.  And speeding.  Ohh, and being tailed (likely by the saboteur asshole.  Giving her a reason to speed, and drive like she’s straight out of a Fast & Furious movie (slight exaggeration).  And after the chase it gets them so excited they decide to do it right then and there in the care.  David Cronenberg’s Crash style.

Ok, something tells me that this isn’t Hyde who’s after them.  Well, ok movie, you may actually be a bit smarter than I thought (though that’s not saying much, stating your one step above “dumb as fuck”).

Strange callback to the last film regarding that stalker chick with the gun (Grey kept the gun).  Not sure if this puts the film back into “dumb as fuck” territory.  I’ll wait and see what happens.

Anastasia acting independent again.  How long until Grey shows up and is all like, “How dare you!”?

Well now, some vibration titillation of the tits and vajayjay.  Too bad it’s cut short, some half-assed revenge sex and stuff.  This was on the verge of turning into the best sex scene yet, but noooooo.  Fuck it, gives me an excuse to put another one out there.

I will give this movie a little credit, it feels more cohesive compared to the last two.  It has a small amount of plot and tension, and some interesting character moments.  Don’t get me wrong, it’s not enough for me to say it’s a solid film (that I’ll never say about the Fifty Shades films), but it does make it stand just a tad above the others (more than a tad above Fifty Shades Darker).  Below-average, but watchable.

Honestly, kinda refreshing to see the “rub cream on your chest and lick it off” roles reversed here, having the woman doing the rubbing and licking.

Why is this Hyde fucker so obsessed with Anastasia?  Dumb question, for the sake of forced tension.  About as 2-dimensional as a Marvel villain who wants to destroy/rule the world/galaxy/universe.

And Anastasia is pregnant.  Should’ve seen that coming.  I mean, considering all the sex they’ve been having, I don’t think it would’ve mattered if she had missed a shot or not.  But the way the film is handling it, it leaves me bored again.  Montages of depression played over by shitty music.  Goddamnit, that’s fucking it!  I want to hear some real music!

What, she doesn’t want to have sex with a drunk Christian (I mean Grey, not some random Christian off the street, though that would be amusing)?  I’m actually curious as to how that would turn out.  Fuck you for not having a drunk sex scene!  Well, that’s my cue.

Alright, I’m sick of this soap opera bullshit.  Get to the making up part already, and finish this shit with Hyde.  I’m bored with this movie.

I have a hard time believing that cocksucker Hyde is capable of doing all this security breakthrough.  Seems too skilled at this.  And it turns out he was behind all this all along.  I take back what I said earlier, this film is firmly in “Dumb as fuck” territory.  And despite Anastasia’s more independent character, she’s starting to make some really stupid decisions in this third act.  And Grey’s fucking cyber-security is way too incompetent.

Bunch of eye-roll moments, including from the villain’s 2-dimensional evilness.  But she kneecaps him, and all is well when security shows up.

I really don’t have any interest in the drama crap that they’re piling on at the last minute here.

So, there it is.  The movie is overall crap, not as so-bad-it’s-enjoyable as the first, but definitely head-and-shoulders over the 2nd movie.  Say what you will about the trilogy, but at least the last film wasn’t the weakest film.  And on top of that, I managed to avoid going too hardcore with this review.