“Everybody knows us, because everybody uses us.”

No, that line isn’t from a film about hookers.  It’s more innocent than that.  The line is from a film about elementary to middle-school to junior high-school aged girls who run the Baby-Sitters Club.  A club that takes phone calls from anyone in town who needs a babysitter (or two) for their toddlers.  And they get paid for doing this, keep a schedule book, and are quite well organized.  I consider that a bit on the inspirational side.

So I watched a couple episodes of the 1 season, 13 episode, television series that this is based off of (which in part are based off a book series that spans over 80, not to mention all the spin-offs and such) to get prepped for this, since that show originally aired in 1990 (since I’m, you know, planning on revisiting the 90s in a blog series).  And it’s definitely a 90s show to the core.  From the video quality to the dialogue to the acting to the clothing style.  Everything about that show is 90s.  But that’s not all.  It’s one of the girliest fucking things I’ve ever seen in my life.  I felt my masculinity draining away with every passing second.  If I kept watching that show, next thing you know my balls would shrivel up, my dick would drop off like I was a leper, and I would start crossdressing, giggling, and prancing around looking for people to high-five and do arts and crafts with.  I’m just hoping the reason my chest is getting bigger is because I’ve been working out and not because I’m starting to grow a pair of tits.

Thankfully, the film cuts down on the girly factor.  It only cuts down on it a tad compared to the television show (made 5 years prior to this film), but it helps a guy like me.

But here’s the thing.  This film attempts to have that same innocence and purity that the television show had, and largely succeeds (helps that they bring back some of the cast from the show), but there are some things worth noting that will put that innocence to the test.  First of all, the Asian chick of the group.  This may be a stereotype, but from my experience with the friends I’ve had, Asian parents, especially mothers, tend to be very strict about their children getting good grades in school.  Anything less than an A is unacceptable, and even a B grade would likely give you a stern talking to.  So I called bullshit when the Asian girl, who is struggling in her science class, says she needs to pass the next test with a C+ or higher, or else she’ll be in trouble with her mother.  In Asian families, a C grade is a couple steps above being forced to commit seppuku.  She would probably get physically beaten and/or have some of her stuff get taken away.  But in all fairness, despite what I say about this film attempting to capture that early 90s innocence, the television show pretty much had this same plot except it was an entire episode largely based around it, with the same concept (I need a C or better or I have to leave the club!). 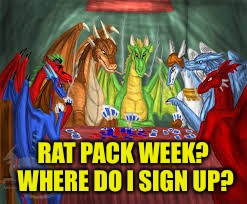 And then there’s some quotes.  So there’s a scene where a girl from the BSC goes to a house to look after someone’s nephew, and he turns out to be a nephew from Sweden who is 17 years old.  And she has the hots for him, and he does so for her too.  But thinking he was going to be a toddler, she just brought a tiny American flag on a stick.

Well what do you know?  A film that takes pride in the flag.  But anyway, my affection for the guy (holy shit, I think I am turning girly) dropped a few notches after this exchange, after the BSC girl says she wants to take the Swede guy somewhere.  The toddler of the house says:

Fuck you!  First of all, no you don’t, you get less time later in life to see as many movies as you want.  Second of all, fuck you!  I like movies! 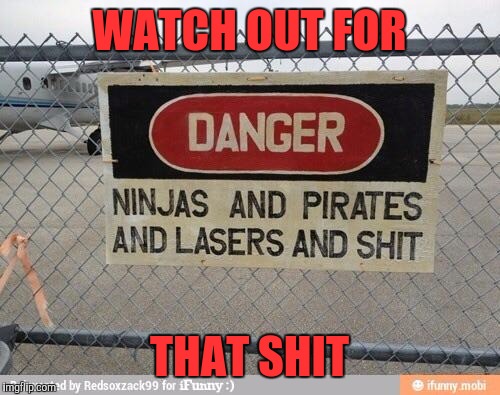 Anyway, the BSC chick is from New York City and misses that place, and this exchange happens:

Oh God, these flirtatious lines.  Normally I’d say they’re out of style, but the 50 Shades of Buttfucking franchise kinda proved me wrong on that.  But this isn’t the best part.  Oh no.  I’ll get to that in a moment.

“I wish you had told me you were diabetic,” says the Swede to BSC chick. “It’s no big deal.”
“Maybe not for you, but it makes people treat me like a little kid.”

And right there, that should set off some bombshells for you.  She’s 13, and he’s 17.  First of all, my ass she’s 13.  How old was this actress when this film was made?  Let’s see, the film was released in 1995, she was born in 1980, making her about 15 years of age.  Ok, so it’s off by a couple years, guess that’s not as bad as being off by as much as I thought it was.  But anyway, age of real-life actress aside, let’s take this into the context of the film.  By the time the Swede is one year older, he could be breaking some laws by doing stuff like this below:

Well, guess that’s all the more reason to change some things. Anyway, so that’s a thing that goes on in this film.  But that’s not the core of the film.  The core of the film revolves around the leader of the group Kristy, who tends to do most of the organizing.  And this character Kristy, she’s so cheerful and happy of a person, you just can’t imagine her ever being sad, which makes it all the more sad and shocking when you catch her in moments where she does start crying.  She’s like the poster child for pure childhood innocence, and you just don’t want to see that taken away from her.

Anyway, so the BSC plan some big month-long event about running a camp for the toddlers in an effort to raise more money and be a more profitable business.  Naturally, there are 3 bully bitches who want to ruin things for them just because.  No reason is given, but at least the film states that it started in the 3rd grade, this rivalry between the groups, and everyone has pretty much forgotten how it all started and why it’s still going.

What complicates things is when Kristy’s biological father shows up after leaving for 5 years (he divorced her mother, and she has a stepdad).  He returns in an RV, says he plans on getting a job here, but doesn’t want her mother to find out until later.  She promises not to tell, and she spends time with him making up for lost time, and they have fun together with baseball and other stuff.  But because she promised not to tell, she doesn’t tell her friends or mother why it is she is spending so much time away from them, neglecting her duties, lying to them, all of which are things she hates herself for doing (and throws that on her father as well).  This friction starts small, but steadily grows, and threatens to rip apart the BSC and damage her relations with her friends and family.  It continually grows throughout the film, and I was wondering not just when the hammer was going to fall, but how hard.  It creates a natural tension that brings interest to the film.

You just know the dad is irresponsible, despite his charm and how fun it can be to hang around him.  But Kristy’s youth and naivety prevents her from fully seeing this, or at least believing it.  And I’m not going to lie, it eventually builds up to this moment that gets pretty emotional, and almost got me teared up.  Goddamnit, I think I seriously need to start punching my crotch until the newgrown ovaries fall out.

But anyway, the film preaches a good lesson about fun vs. responsibility.  Making you consider where you’re loyalties lie, and if it’s good or bad for you.  And the importance of friendship and sticking together.  And I have to admit, I may be a guy, but I liked this film.  It’s worth a watch with the family.

PS: Brief note on what I’ve seen on the show.  It’s 90s, a bit dated, not made too well, but it has nice enough lessons and morals in them, along with the friendship and professionalism factor (making them inspirational) to make it worth recommending for the youngsters.  As for me, I may eventually try watching the rest of the series at some point, but it would help if I had someone else to watch it with.