Hello, this is BT.  I had the The Anomalous Host taken out in order to stop him from putting up anymore misogynistic cisgendered white nationalist fascist racist deplorable reviews.  To help those of you who follow him get educated so that you know how hurtful and harmful his words are to people like me and those I associate with, I’m going to make the ultimate sacrifice for my sanity and go through this next film he was going to review, which doubtless would’ve caused people like me to kill ourselves (or cause people like him to come out and murder us and our kittens) because of the manner he would’ve contextualized his review.  To avoid that, I’ll bring this film into the appropriate context for this day and age, which has made considerable progress since the patriarchal year of 2010.

Typical men.  They act just like motherfucker Trump when it comes to political matters.  Putting their personal entertainment interests first before the needs of the country, not that it would matter because white rulers are bound to fuck things up either way.  They shouldn’t be playing fucking chess!  And Trump shouldn’t be playing fucking golf either, not unless he intends to swallow golf balls and kill himself and do the world a favor!

And that quip about the French Senator banging both secretaries at the same time, that’s fucking degrading towards women!  That’s why the muslims are taking over France now, so that shit like this stops so that muslim men will treat women with the respect they deserve!

At least this film admits that Americans to shady espionage shit overseas, even in countries like France.  That’s probably the only intelligent thing about this film that lacks virtually any sort of intelligence.  America is more guilty of international manipulation than any other country in the world, except for maybe Russia (they were decent when Stalin was around; not so much anymore).  The problem is that it justifies this espionage shit by having stereotypical terrorists and gangsters, portrayed by Chinese, muslims, and women.  That’s disrespectful towards countries that had great leaders like Mao who did more for his people than capitalism ever did.  If anyone is the real terrorists, it’s the white male Americans.  They’re the real drug dealers who like to blow up places.

While the film will completely destroy this notion later on, it’s nice to see some beta-male with the potential of becoming pro-feminist.  It’s clear by how she “manhandles” him into a chair (forgive me for not coming up with a better term, the patriarchy’s will has permeated through dictionaries through many generations, as also evident by Spike Lee’s Malcolm X indicated with how “black” is often used as a negative metaphor for everything, and never as a good/cool/hip thing; I’m sorry, I’m getting triggered just thinking about this shit) that he’s being setup as a male feminist.  Considering John Travolta’s more feminist roles in films like Hairspray, you would think this is a good sign.  Trust me, it isn’t.

“Whoah, wait a second.  Isn’t it a part of French tradition that the women cooks while the guy watches tv.”

“Well, things have changed since the middle ages, you know?”

Exactly!  Thank you for saying that and putting this toxic masculine dweeb in his place!  It’s also nice to see her go against tradition, and be the one to take charge and ask the man to marry her.

“This motherfucker hates Americans so much even though we saved his country ass in not only 1 world war but 2, he still won’t let me through with my cans.”

It is at this point that this film goes downhill very fast, losing any (small) amount of goodwill it has built up to this point.  John Travolta’s character is so toxic, so masculine, so offensive, so politically incorrect, so repulsive, that he’s a borderline icon to all these other toxic white male nationalist motherfuckers.  Not to mention his full-blown representation of male testosterone with how he’s got no hair on his head, but has it in abundance everywhere below his head.  This film should be banned just because of this despicable white trash character.  He’s just… oh God, this is too triggering for me–

Hang on, I need to calm myself with estrogen pills downed with a soy latte.

I’m not sure I can do this.  Let me just sum up what the rest of the film is basically about up until these two bleach-faced assholes decide to stop killing people for a few minutes and actually try eating a decent meal.  They spend the rest of the film shooting and killing a bunch of Chinese dope dealers, because of course this fucking movie portrays them as such while portraying these despicable Americans as celestials, who have to save the day when the French are portrayed as pansies incapable of defending their own homeland from criminal foreigners.  And even then that’s a lie, because the Chinese guy stated that he’s a 4th generation French guy, who at this point has more in relation with the French than he does the Chinese (even though he works for a Chinese gang in a Chinese restaurant).  Amidst all this, Travolta manages to have sex with a hooker while on the job.  All the while the “authority over the phone” figure is telling the protagonist, “Don’t think.  Just follow his orders.”  It’s shit like this that gives us mindless drones in the army.  Thankfully my liberal arts curriculum allows me to know otherwise, and I’d encourage anyone else who passes high school to get a loan and learn from the same.

And that’s just the Chinese.  Granted, they go after (what I presume to be) French terrorists too; but they are also Pakistani.  So yeah, we got Middle Eastern racist stereotypes thrown in for good measure too.  Then there’s little teenage drug dealers, and, as if this wasn’t racist enough, a couple black guys in the drug gang too.  This film practically has it all when it comes to racist stereotypes.  I don’t see how the hell The Anomalous Host can subject himself to shit like this.  It’s no wonder he’s so brainwashed and deplorable.  People like him need help.  They need to be put in therapy, maybe like a re-education camp like the Vietnamese did to those assholes who fought against peaceful Uncle Ho. 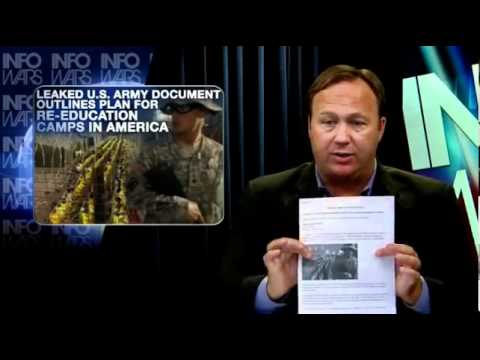 And then there’s the whole degradation of women this movie contains.

“If you met Caroline, you’d feel a little different.”

It pushes this whole “bros over hoes” message that hasn’t been this prevalent since rap music videos during the 90s and early 2000s.  Not to mention it also portrays them to be a bit similar to these toxic male assholes, doing their own form of espionage.  That’s sexist and disrespectful and degrading towards women, especially muslim women.  That’s bullshit!

Plus it uses the whole ‘getting high on coke’ thing as an excuse to quadruple the number of fucking f-bombs this film wants to drop.  Like it has some kind of “fuck” quota it’s gotta meet.

The whole film ends up being about Pakistani’s, who the film labels as terrorists.  The film even goes against anti-stereotype arguments with these lines of dialogue:

And she does end up being a terrorist.  You see, it’s negative portrayals like this that hurt the country of France more than these people ever could.

That is why this film should be banned.  That’s why anyone who watches it should be imprisoned like those who distribute the New Zealand shooting video and the shooter’s manifesto.  That’s why–

Next time you try to have me “taken out,” try having your goons hired based on their merits and not on their diversity.

Anyway, sorry about that everyone, I’m back.  Since Bitch Tits here has pretty much ruined the review I had planned for this film, I’ll condense my version of it a bit.

“What type of people did you kill today James?”

This movie is ridiculously entertaining.  It’s arguably the last great anti-PC action-comedy that’s been around in the last decade.  It’s got 2 Americans in France killing Chinese drug dealers and muslim terrorists.  Seriously, when’s the last time (if any time) any action film went after those 2 birds with one stone?  When’s the last time any American film (albeit with some French production) had fun at the expense of either one of those?  Just that alone, in hindsight, makes this film worth watching.

But make no mistake, this film is a dumb film on-par with Michael Bay Transformers level of dumb.  On the other hand, this film is very much self-aware of that fact.  Once John Travolta shows up, it’s impossible not to feel the “give no shits” attitude this film has.  It’s a film that just wants to provide a good dumb fun time, and it succeeds tremendously.  The stereotypes, the effort made in the action sequences (sure there’s plenty of quick cuts, which weren’t all that bad by my standards; but damnit, they used squibs and a lot of non-CG special effects, and that’s more than appreciated in this day and age), the lines of dialogue; like these spoken after Travolta killed a bunch of Chinese guys:

“How many more of them do you think there are?”

“Last census, about a billion.”

How can you not laugh at something like that?  Well, I guess if you’re oversensitive regarding jokes like that, I could see your point.  It’s a shitty point that ruins everyone else’s day, but I see it.

The high point of the film’s ludicrous nature has to be during the car chase.  Travolta glances at his handgun, shakes his head, and says, “This isn’t going to stop him.  Do you have anything better?”  Because of course you couldn’t just shoot the muslim guy through the window, or take out one of the tires.  No, that would be too easy for a finale like this.  So then he gets a giant fucking bazooka that just so happens to be in that vehicle.  At that point, I just had to laugh.  It’s so over-the-top and ridiculous that it’s great. PS: Hopefully that’s the last we will have heard from Bitch Tits.