“Most Americans believe Hollywood’s God is money. No. Their God is a liberal agenda that they serve without fail. And we are anathema to that.”

— Cary Solomon, one of the directors and screenwriters for the film

You know, I tend to get sick of the fact that the only films I’m willing to drag myself to the theaters for nowadays are either Clint Eastwood films, Mel Gibson films, and these glorified Hallmark Christian films.  Because, for starters, Eastwood and Gibson films are too few and far between, and Eastwood looks to be on the verge of croaking while Gibson looks to be assassinated by Israeli special forces at any moment.  And 99% of all Hallmark-like films suck (except for Miracles From Heaven, which surprised the hell out of me).  And I expected this to be, at best, another Gosnell-like flick whose heart is in the right place, but the talent isn’t (mainly due to the music and/or the dialogue).  Because believe me, when I say I want these movies to be good, I really fucking mean it.  But Hollywood has gobbled up all the real talent, and brainwashed them into delivering messages that tend to either ignore or preach the opposite message.

So what I’m saying is, I’m currently still willing to shell out cash for films like these while they remain bare-able to sit through just for the sake of principle.  But there may come a day where I just can’t do it anymore.  Because ultimately, I want quality films, not this sort of thing that belongs in a direct-to-video bin but manages to get a theatrical release because of the significance of its message.

So, with that being said, I guess it’s an insult to call this film a glorified Hallmark movie because apparently this film is unworthy of being advertised on the Hallmark channel, and the Lifetime channel, and other channels owned by A&E, Discovery, and Disney (of course).  And all I can think is, “Ok, seriously?  The same cocksucking channels that give us those shitty Christmas films like Gift of the Magi, The Case for Christmas, When Angels Come to Town, Defending Santa, Have a Little Faith (they should take their own fucking advice), Ms. Scrooge, and Mr. St. Nick.  Seriously?  Unplanned is the film where they draw the quality line on?  Christ, no wonder the films on those channels fucking suck.  They wouldn’t know a good film if Jesus shoved it up their corporate-controlled asses while saying, “Here, you’ll probably enjoy taking this up the ass about as much as Mr. Corporate Devil Cockmeister fists you on occasion.  You see why we didn’t tolerate buttfucking homos in the Old Testament now?””  Those were my thoughts exactly.  But hey, at least Mike Lindell of My Pillow fame (because babies are made from pillowing) donated $1 million to help with independent advertising for the film.

Guess I gotta get to the actual movie at some point don’t I?  At least if I intend to make this an actual review?

First off I gotta say, unlike with Gosnell, I didn’t do much research into the events of this film prior to seeing it, so I can’t make many statements regarding how accurate or inaccurate the events in the film are. It was basically a spur-of-the-moment thing to see this film when I found it was was coming out the next day.  So, I guess you could say me going to see this film was (puts on sunglasses), unplanned.

But I can safely say that the protagonist looks nothing like her real life counterpart, not unless she wanted to put a few dozen pounds onto her weight; and her face.

So the film starts out basically as I expected.  Scripted dialogue.

“Yeah, but it’s not supposed to fucking feel like it’s scripted!  Their words are supposed to sound natural!”

That’s the thing I hate the most about these Christian films.  They tend to be made by preachers who are so preachy they don’t even bother putting in effort to drop the pretense of dialogue written by preachers.  To be fair, some lesbian films like The Incredible True Adventure of Two Girls in Love suffer from the same issue (minus being written by religious preachers), but this primarily dominates films from production companies like Pure Flix (the one that made this movie).  Or certain pro-military films like Act of Valor.  But I hate it, no matter what kind of movie it’s in.

So with that form of negative expectation checked off, guess what the next one is that gets fulfilled?  That’s right, shitty music.  This movie has plenty of that when it would’ve been better just being silent during certain scenes (might also have helped with the budget, if that was ever a concern). 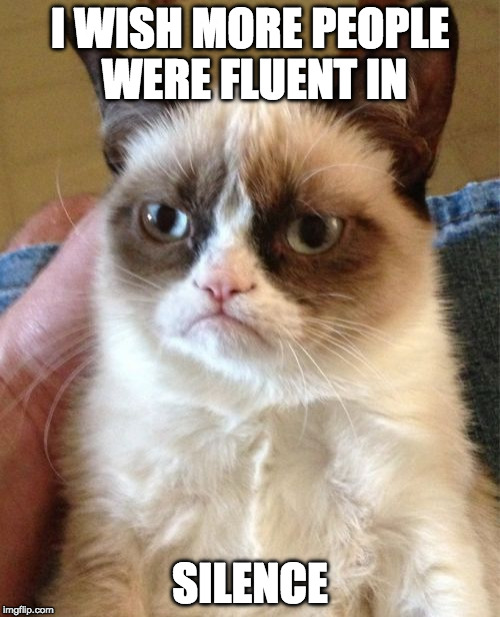 So within the first few minutes, this film has already checked two items off the “Things I fucking hate in film” list.  More “scripted” dialogue follows, typical directing, average acting…

… then all of a sudden the film hits you with a gut-punch of a moment that will make you sick to your stomach.  I have to admit, considering how toned down that Gosnell film was given the nature of the subject matter, and the fact that this film was made by a Christian company, I was not expecting the disturbing moment that comes up during the film’s introduction.  It made me squirm, and that is not easy to do.  You see a pregnant woman patient, you see the ultrasound of the baby, and you see this tube get inserted into there near the baby, who kicks away at it and tries to stay away from it.  And then a switch flips, and the tube becomes a vacuum cleaner, and you see blood getting sucked though the tubes, and eventually you see the baby getting sucked through too, getting crushed from limbs to skull.  And you see much of it sprayed into this clear container. 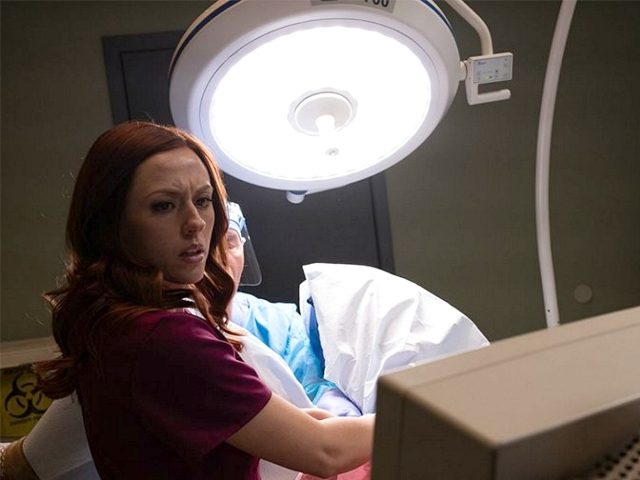 I mean, holy fuck.  I’ve seen some violent/disturbing moments in film before.  But this one really got to me.

And then something else that hits relatively high (but not as high) on the “disturbing” meter happens soon after.  When the protagonist takes these pills that are supposed to induce abortion on a chemical level, making her bleed the baby parts out.  And then the agonizing pain that follows, all the blood that seeps out, and the little unrecognizable mini-chunks of baby that come out.

At that point, despite how much they may have bitched about it, I found the R rating the film received to be appropriate.  For a production company that prides itself on Christian values and being family-friendly, this is not a family friendly film.  Not so long as it has those sequences in it.  But without those sequences, this film would lose any impact it wished to have on the audience.  Those 2 sequences are the key moments to making this film work.

While that does sound like a pro, it ends up being a con.  Not because the movie shouldn’t have included those sequences.  Like I said, those sequences are the main selling point of this entire film.  The problem is that the first vacuum sequence occurs way too early.  The film blows its load within the first 10 minutes.  All because the movie wanted to do a, “This is what is going to happen, but let’s jump 6+ years into the past to see how she got there,” type of introduction.  A film like this would’ve benefited greatly from just sticking with a chronological order.  I mean, it’s already got that abortion pill sequence to let audiences know how rough this thing can get, and that could only be done early on in the film.  But the vacuum sequence, the penultimate sequence that serves as the game-changer for our protagonist and the main turning point in the movie that all the other bits of violence and horror was building up to; they put that at the very beginning?  And they thought this was a good idea?  Well on the one hand, that would give people a chance to gag and puke before they consumed too much popcorn and soda.  On the other hand, it’s a dumb decision that messes with the flow of the film.

Hence to say, once you get past those two disturbing sequences, the rest of the film is a cakewalk.  If you can endure the forced dialogue.  As the film went on, I eventually got absorbed into it.  I’m not sure if it’s because the dialogue improved as the film went on, or if I just got used to the “scripted” nature of it the same way you get used to the scripted nature of a professional wrestling match.  Either way, it didn’t bother me as much.

I also wasn’t initially a fan of the whole “tell don’t show” method of narration that occurred through a good portion of the runtime, especially during the first act.  But by the middle and last act, it actually felt proper.

I was also surprised to see both myself and the protagonist getting used to the environment and working at a Planned Parenthood clinic, with the co-worker comradery, general day-to-day life at the clinic, etc.  And while that was nice and all (I guess), I did wish the film would show more of life away from that subject matter for our protagonist.  I mean, most films tend to at least not make everything all about the subject matter initially.  Everything tended to revolve around “baby this,” “pregnancy that,” “abortion here,” “anti-abortion there.”  For fuck’s sake, can’t we get to know these characters outside of their work?  Like have them go to a baseball game and discuss, I don’t know, anything besides babies, patients, and Jesus.  You see what I mean about preachers being the script writers?

In any case, the film gets its message across effectively.  It has a nice anti-climactic court room scene (there aren’t enough of those done as well as this movie managed, which is another thing that surprised me) to basically end things on.  It’ll make you hate Planned Parenthood and abortion in general.  And… yeah.

While Gosnell made a strong case against late-term abortion (which seems futile considering post-birth abortion seems to be a thing now, you demented fucks), this film tends to be against abortion altogether, at least for those 8 weeks into pregnancy and beyond.  And there’s one other film coming out soon to complete this “trilogy” of pro-life films titled Roe v. Wade.  And to be honest, judging from the trailer alone, it looks really fucking bad.  I’m not looking forward to it, in spite of its historical message.

Anyway, all in all, Unplanned is a film I consider to be slightly superior to Gosnell, and I can give it a partial recommendation, assuming you know what you’re in for.  If nothing else, you could probably walk out after the first 10 minutes if you don’t think you can stand the rest.  Because, really, they put the most significant moments of the film in the first act.