This movie is like Zootopia. The first 20 minutes is full of nothing but Disneyfied “I wanna live my dream, but my parent/parental figure says no” bullshit that we’ve seen hundreds of times in hundreds of other Disney movies. 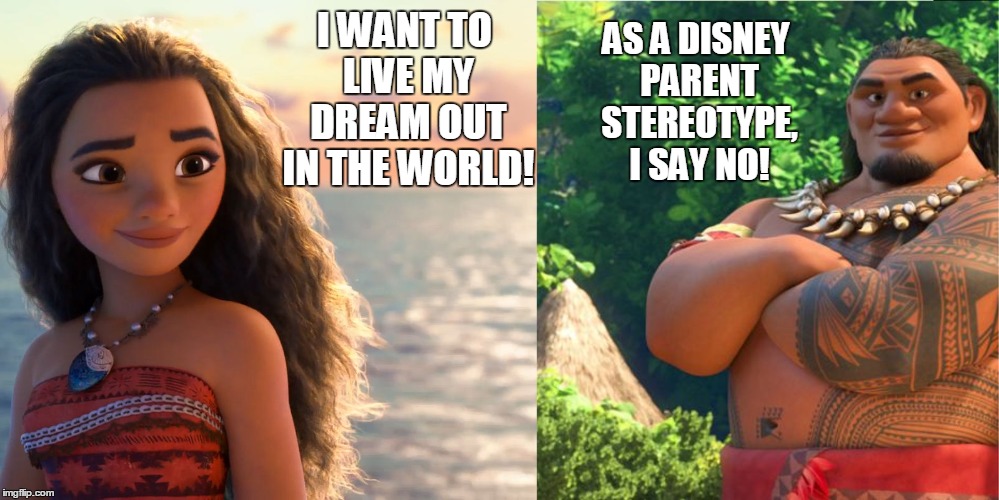 “I wanna go out into the vast ocean because of my dreams and curiosity!”
“No, you must be a responsible leader and stay to lead your people.”

Yeah, like I’m going to buy any of that bullshit given Disney’s track record. But the first 20 minutes did showcase some pretty good visuals which would be matched consistently throughout the film. It’s a high bar for CG graphics that has been either matched or raised just a tad, either way it’s a beautiful film to watch. It’s a standard we’ve come to expect from Disney and Pixar at this point.

Well, certainly sounds a bit similar to Frozen doesn’t it? Even going so far as to subvert the “male hero saves the day” archetype and have two females reconcile differences so that peace joy happiness rose petals and fish feathers can become bountiful in the world once again. Well at least it made the point of “love conquers all” better than that movie Chocolate did, where that retarded martial arts chick kicks the shit out of everyone throughout the film, and then during the narrator’s epilogue speech, it just goes, “And she learned that the only thing that matters in this world [dramatic pause] is love.”

I must admit, there are only 2 reasons I wanted to see this movie. 1.) The positive reviews it’s been getting. 2.) Dwayne “The Rock” Johnson.

And as a Disney cartoon, of course there’s a little song and dance at several points in the movie. In that department, Frozen beats it hands down. This film ain’t got nothing on the Frozen songs. That being said, the one song that was catchy which got me humming the chorus well after the movie ended was, “You’re Welcome,”, sung by Dwayne Johnson.

Like any other Disney film, it follows the usual pattern of girl with destiny meets strongman, they hate each other at first, then they bond, then they save the world, then they both wind up happily ever after, the end. As if you would expect anything else from a company that plays it safe with just about every movie they’ve ever done. Moana and Maui. You know what, I’m just going to call them the M&Ms from this point forward. 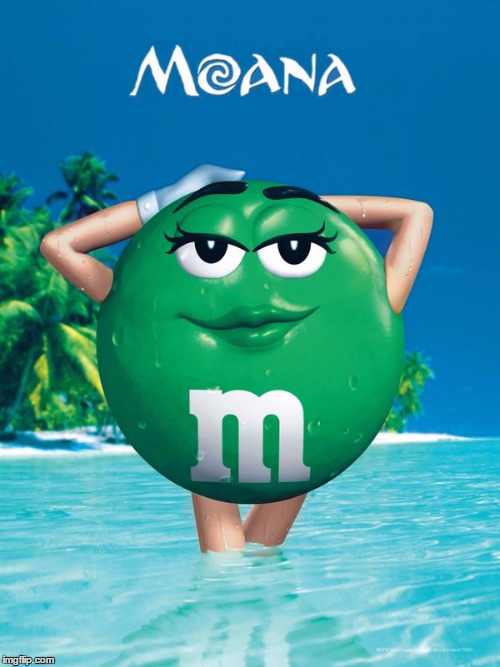 Ah, but I should start getting into specifics at this point. So that Te Fiti Island goddess that the M&Ms have to confront. And how that goddess relates to the main protagonist and Maui. So, Moana’s arc is about how the world is a rough place, be wary of the dangers of your dreams, so be strong. She learns to be strong, and learns it is her destiny to heal the world through some sort of love/kindness complex. In the process she becomes a better leader for her people.

Maui, on the other hand, is a god with a semi-tragic backstory who wanted to do good things for the people of the world, yet his last act before he went silent for the last thousand years did the opposite. Plus he’s an asshole. So his arc is becoming less selfish, less of an asshole, and more understanding and kind to the people and gods in general. Plus he has a problem with his fishhook powers which seem to get resolved a little too easily, via montage. It did result in a funny man-shark image though.

But here’s the thing, Moana is the one who ultimately rights the wrong that Maui created, with some small assistance from Maui. It ultimately doesn’t make him seem all that significant since Moana ends up accomplishing all of the tasks herself. It’s a bit off, seeing that Maui isn’t the one to right the wrong that he created. A hole is created in his arc as a result. I don’t really see why they couldn’t let Maui be the one to return the heart to its rightful place. It could’ve been done in a way that doesn’t affect Moana’s arc/development in any way. But you know, we’re in a decade of female empowerment now, so they have to be catered to for the sake of making up for the sexist Hollywood/Disney past.

But that’s not the only problem this movie has. There’s 2 other major issues here.

1.) Maui brings up an excellent point, asking why it is the Abyss water being thing doesn’t just deliver the stone back to its rightful place, considering that it’s not only more than capable of doing so, but it’s the frikkin’ ocean!

2.) Maui claims to have done things in the past for the sake of making humans better. Pulling up islands for them to live on. Stealing fire from the gods for them. Making coconut trees out of eels for them. What the fuck was he trying to accomplish by stealing the heart from the island god and making the world worse as a result? Seriously. I didn’t see 1 single benefit to that action, not 1. I mean, the stone is pretty and green and shiny at all, but what is it supposed to do? Why don’t they mention an alternative to returning the heart to its rightful place? I mean, they could’ve said something like, “This stone will cause trees of ever-lasting youth to grow,” or something like that. So with the way things are, Maui stole the stone just so there could be an excuse for this story to happen. That’s just stupid!

But all in all, the movie isn’t that bad. It’s acceptable despite any annoyances, complaints, and grievances I make about it. It has that retarded as fuck chicken which grew on me as time went on (but what about that pig!?). The visuals, again, are great. Dwayne Johnson is perfect as Maui. Auli’i Cravalho is good as Moana, providing the singing voice that Disney demands of their Disney Princesses (as they are sure to remind you time and time again). But the best part about this movie were those awesome midget pirates.

Those coconut dudes and their chalk and blow-darts and transformer ships. I couldn’t get enough of them. I wanted more of them (though not too much, I don’t want Disney milking those little coconuts like they did those yellow twinkie schlongs, which go by the name Minions). They need to show up in some other movie. In fact, this movie could’ve used more of them, letting them have a reprisal in some later scene or whatever.

Anyway, small recommendation from me for this movie. Not great, I think it’s a stretch to call it “good” from a “film as a whole” point of view. But it provides enough entertainment to make it worth seeing.