Beginning my review of the Godzilla heisei series, which I decided out of the blue to start with my review of the Godzilla 1954 and 1985 films in my previous post. While Godzilla 1985 is officially considered a part of the Heisei era (the 80s and 90s Godzilla flicks from Japan), I consider this to be the definitive film that kicked off the Heisei series, which I consider to be the best series of Godzilla films made, slightly rivaled by the Millennium era films, with the Showa era (60s and 70s) films coming in dead last (those films were very hit and miss, and some haven’t aged very well, assuming they were good in the first place). I’d like to go back to the time when Godzilla was awesome, before America began the trend of making it suck ass in 2019 (I’m calling it, the new Godzilla vs. Kong is going to suck, and so will anything else Hollywood puts out that’s Godzilla-related for the next 5 years, at least).

Now this is the Godzilla suit I’ve been waiting for. Better looking than the previous one, and probably the definitive suit of the entire Heisei series. I’d go as far as to say it’s the best Godzilla has ever looked in anything. It makes that moment when he’s released from the volcano even more awesome when you witness it for the first time, standing out as one of the best “first appearance in the movie” moments, alongside Godzilla 1985 and Godzilla 2014 (one point for the Americans there). 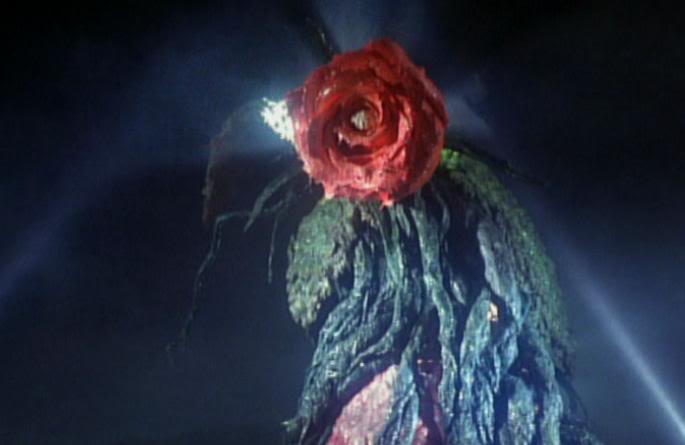 Godzilla gets to fight his first monster opponent in this series, and I gotta admit, this is the strangest one yet. It starts out as a plant that was mixed with Godzilla cells, which mutates it into a giant rose monster hybrid, that actually looks cool. But it didn’t stand a chance in hell against Godzilla in the first battle. In the first fight, my thought was, “Well that was pathetic.” The only way it could’ve been an easier win for the G-man is if it was one of the fights in Final Wars.  Although it would’ve been nice if they kept this one moment in the movie where Biollante’s first death causes flowers to sprout all around the area, with an implied sense of remorse from Godzilla.

But then this is when it gets weird. Apparently, this plant monster has the ability to turn into fairy dust that goes into space, and causes it to evolve further. It eventually sprinkles back down onto the planet to fight Godzilla again, this time in a much bigger and more frightening form. This battle was more like it. It actually did some decent damage against G-man, though Godzilla really gave it to this monster also, doing a fire blast directly into this monster’s mouth and through its throat. But unfortunately, the match ends in a draw due to the humans injecting Godzilla with bacteria meant to destroy radioactivity, which Godzilla is made of. 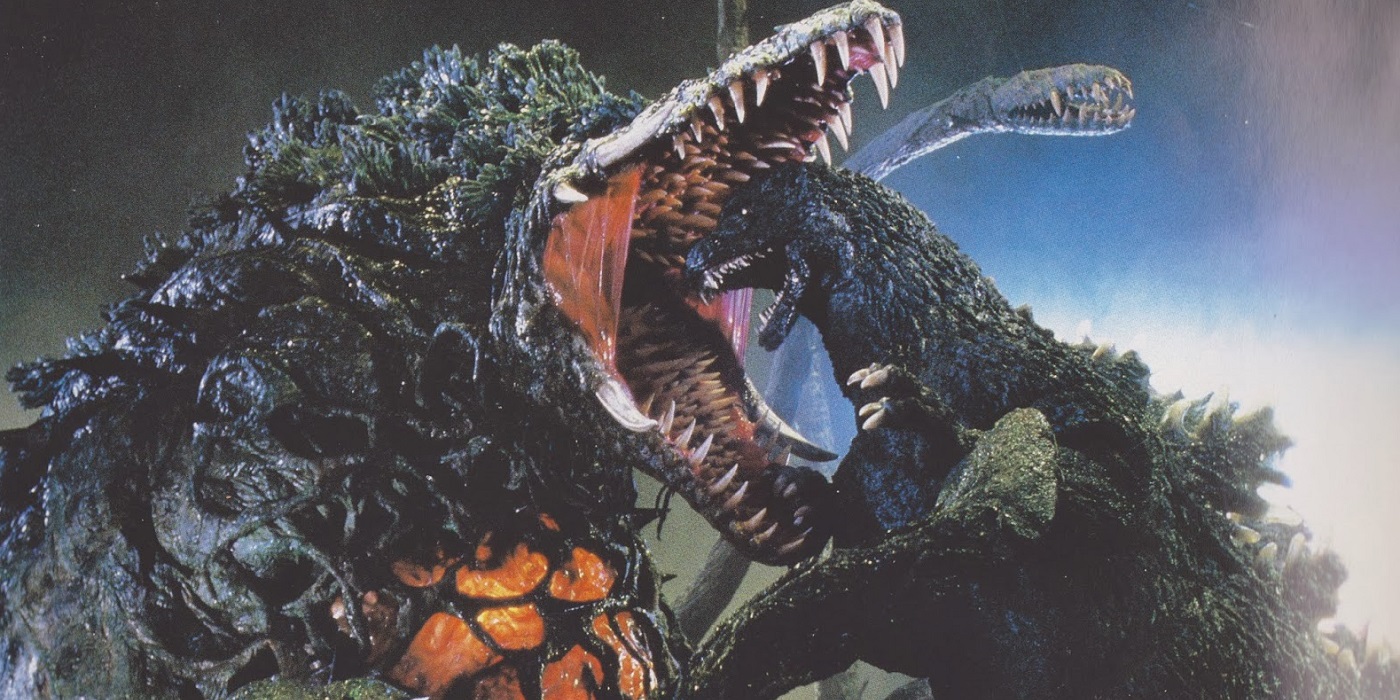 So 1 short but decent fight scene, 1 letdown of a fight scene, what about the rest of the movie? Well it sets up for some interesting stuff that will be further developed later on in the series, I believe. People with psychic powers. This is taken as a serious thing, since a woman uses these powers to detect Godzilla, and at one point convinces Godzilla to travel to a different location.

In fact, the entire buildup of Godzilla being released back into the world is fantastic for the first quarter, with this one great moment involving these psychic kids at this psychic school.  The first act is brilliantly paced with fantastic buildup to a great payoff.  The anticipation of Godzilla’s release, the growing dread, the espionage involved with organizations and Saudis who have an interest in Godzilla cells for research and development (and potential weaponizing) purposes.  All of it leading to the creation of another monster.

And you want to know the best part?  This film about a plant monster that fights Godzilla is done without a hint of climate change or green peace messages anywhere in the film (more of a warning against genetic engineering, which as far as I can tell isn’t something anyone took to heart anymore than they did warnings against nuclear energy, especially in Japan).  You hear that you piece of shit 2019 movie!?  You and Greta Thunberg and her piece of shit dad can suck it!

Ah, and lastly, the Super X2. Despite the upgraded armor and the energy reflection capability, it’s not as good as the Super X1. For one thing, the theme music isn’t as good. For another, it doesn’t really due much against Godzilla. Being able to reflect Godzilla’s breath back at 1000 times its original power? I’m calling bullshit on that, because it annoyed Godzilla more than anything. At least in 1985, the Super X nearly killed Godzilla. Guess we’ll see how the Super X3 does next time around.

Overall, this isn’t just a good sequel to the previous film, it stands as one of the best Godzilla films ever made.  The main knock I can give it is that, while the pacing is great for the first half, it gets a little slow and monotonous at the start of the second half, after the first encounter with Biollante.  Typical Godzilla going around destroying things with everyone having their thumbs stuck up their asses wondering what to do next.  Until someone eventually gets an idea which eventually gets implemented, setting up the last act when things get good again.  Purely a pacing issue thing.

It also sets up something that I’m sure they had the desire to explore and implement to greater effect in the sequels.  With Micky, and her psychic abilities, let alone the existence of people with psychic powers, and how that can come into play in this world where Kaiju monsters exist.  Unfortunately, this concept wouldn’t get taken anywhere near as far as one would hope.  In fact, aside from this movie, there would only be one other Godzilla film in the Heisei series (or in any Godzilla film for that matter) where psychic powers would come into play.  And that one, well, I’ll tell you all about it when I get to it.