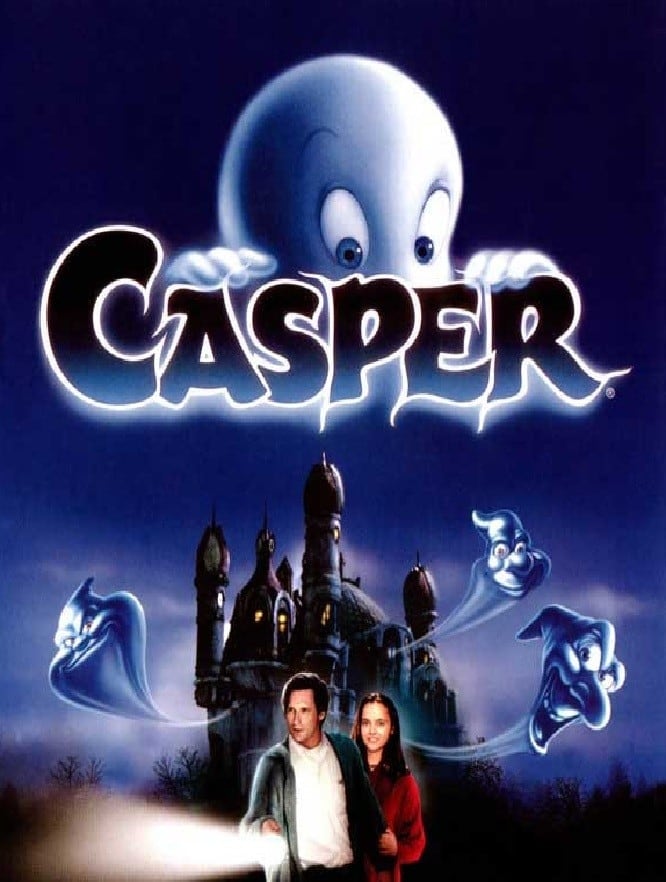 I actually liked this mid-90s kid flick.  Not something you’re going to hear me say too often, because aside from the animated Disney flicks, 9 times out of 10, 90s kid films sucked ass.  The 3 Ninja movies sucked ass (though that one with Hulk Hogan is so-bad-it’s-good), those movies with animal sidekicks sucked ass, most of those Moonbeam Entertainment films sucked ass.  For every good kid flick, there must have been at least 5 that were terrible.  And upon revisiting this, I expected it to fall into the ass-sucking category.  But to my surprise, I found it rather enjoyable.  Partly for the wrong reasons.

To start off, the mid-90s was a time when people were becoming aware of the rise of political correctness, and rightly treated it as a joke.  Like how you can’t call people crippled anymore, they gotta be handicapped.  You can’t say someone is shellshocked, they are suffering from post-traumatic-stress-disorder.  Can’t call someone retarded, they are mentally challenged.  In this movie, you can’t call them ghosts, they are living impaired.  Which is probably why those three KKK fucks named Stretch, Fatso, and Stinkie are so pissed all the time and trying to scare the life out of people, they can’t take all the soft bullshit.  And it distracts us from the important story about the Pentagon Playboys.  Where’s that fucking film?

Then the film decides to get all patriarchal on us, to the extreme.  You have films with kids getting crushes on each other, and they each have their little romantic line to go beyond being just an acquaintance or casual friend.  Films like Let the Right One In (which is better than Let Me In, and don’t you fucking deny it) have the line, “Will you be my girlfriend?”  Unless you watch the fucked up Magnet subtitled version, in which case it’s the inferior, “Do I have a chance with you?”  Some films want to think more long term and ask, “Will you marry me?”  As in get married when they’re older, like that proposition in Sweet Home Alabama.  All of those propositions run the risk of having the wife/girlfriend dominate the relationship, making you lucky to have a mancave, let alone be the man of the house and keep your dick and balls attached (or attached to your son if she pops one of those out).  But this film is intelligent and patriarchal enough to just straight up ask, “Can I keep you?”  That’s right, because real men, even dead ones, know that ownership of a woman is the only real way a relationship can work.  Like if The Collector (1965) had a happy ending (spoilers by the way).  And let’s face it, all us guys always thought about “keeping” a woman.

“Get me a beer bitch.  Make me a sandwich while you’re at it.  And don’t sneak in any of those cookies while you’re back there, I don’t want you turning into a fatass; I like your ass the way it is.  And I’ll show you how much I like it later when I put the dog collar on you.”

At least Casper was enough of a gentlemen to make breakfast for her.

I’m pretty sure the people in Hollywood thought of keeping Christina Ricci.  And they wished she was twelve when they thought about it, as this film states this is her age.  Like all the other kids in this film (I call bullshit on all that, Christina was like 14 or 15 when this was made).  You know it, I know it, and Epstein didn’t kill himself.

All that uncomfortable subject matter aside, there’s also this one moment where Casper is given the chance to be a real boy (like some other Disney character), but only temporarily.  Like, only 10 minutes temporarily.  Because like Cinderella, the dream only stays alive until midnight.  Except in this bitch angel’s case, he can only be a real boy until 10pm.  Why the fuck only until that time?  You wouldn’t believe it unless you heard it, so here’s this angel’s line of reasoning:

Casper: “Hey, Cinderella got until midnight.”

What the fuck kind of logic is that?  He’s been a ghost for decades if you want to get technical about it. 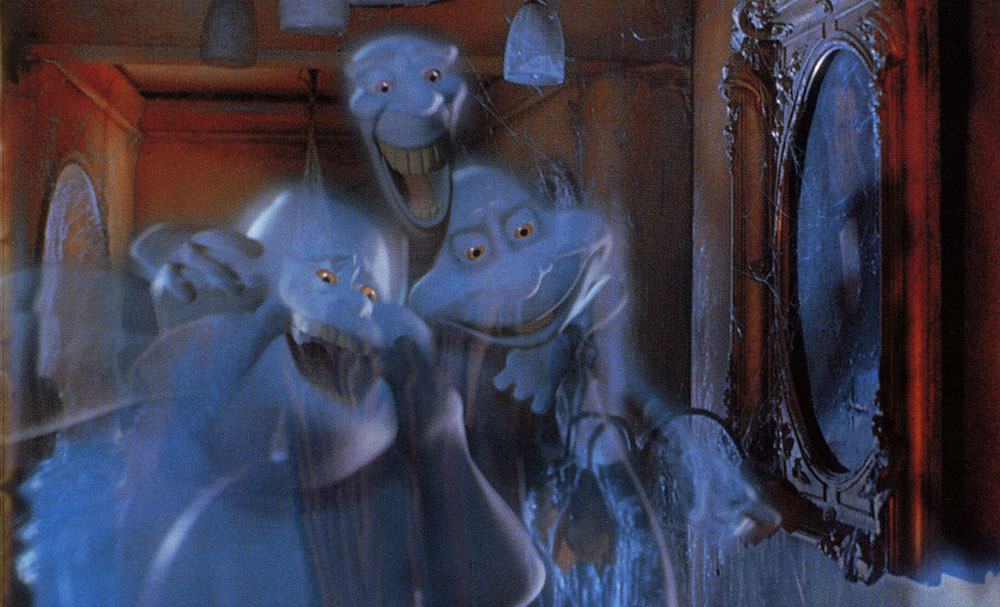 The one thing I wasn’t expecting to see in this film was a cameo from Clint Eastwood, Rodney Dangerfield, and Mel Gibson.  I mean, I kinda hoped there would be a Ghostbusters reference, which there was, but that was something else.

The story itself is, well, it’s just there.  Typical stuff that exists just to get the daughter and her father (played by Bill Pullman, who acts like typical Bill Pullman) into this mansion with the ghosts to have these manic episodes.  It probably exists as a special effects showcase, and to that extent, I have to admit, this is probably the only 90s kid flick in existence that has CG effects that hold up incredibly well to this day.  There are some brief instances where they get a little too flashy with it all, but by and large, they’re still quite good.

And this film also has something else that is miraculous to find in this day and age.  A decent father figure.  He’s not perfect by any means, and there is the indication that he spends more time obsessing with his work and hoping to find some sign of his wife in ghost form, than spending time with his daughter.  And this is handled… 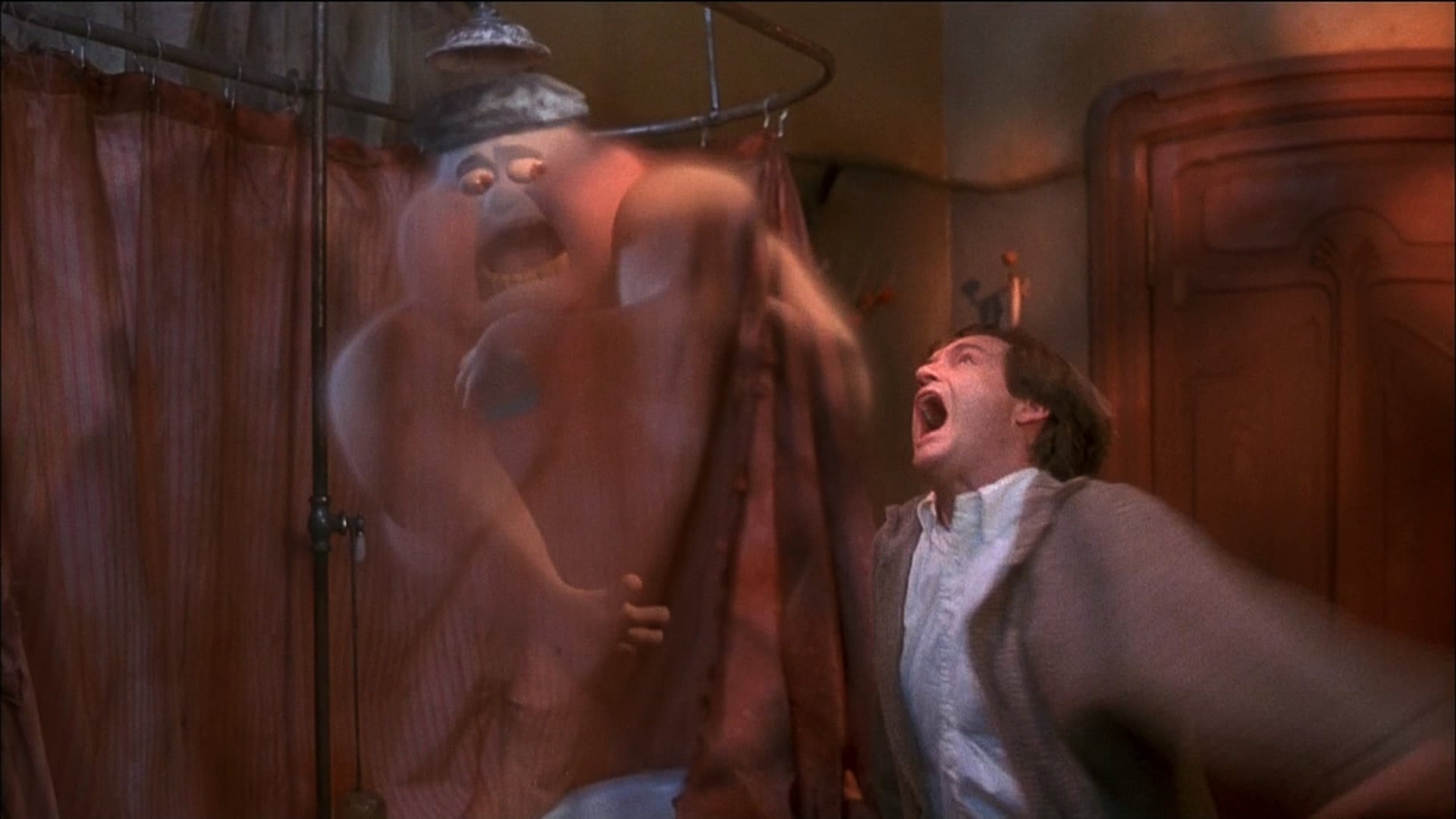 Nothing in your face about it.  Just moments that indicates it, such as him picking up his daughter and running out of the room when they both get freaked out by Casper, even though she says she is big enough to run on her own just fine.  Or the things he wants to get her and remind her of, all of it stuff that you would normally treat a younger child to.  Little things like that to show that he hasn’t spent all that much time with her for him to notice her growing out of infancy and into a teenager.  And at the same time, despite how often he moves them around from one haunted place to another, she never fully resents him or hates him, and they even have an honesty talk moment that gets resolved over this early on in the film.  And later on in the movie, the angel wife shows up and lets him know he’s been a good father to her.  It’s just so refreshing seeing a film that admits single fathers can be good, and aren’t always assholes (let alone assholes most of the time, compared to single mothers being bitches; on that note, this film makes an Aliens reference by saying, “The Bitch is back.”).

Also worth noting the film gets dark at times.  Seriously, people get killed (as in people who don’t start out as ghosts).  And there’s also this one very strange moment where a priest gets his head turned 180 degrees and everyone is casual about it.  I mean, Jesus.  You’d think people would freak out over that more than anything else shown in the film, and yet that’s the time they decide to be casual about what’s going on.

But anyway, yeah, I didn’t think this movie was half bad.  There are some small character arcs here and there, but none of them major.  It has some of those “stupid slapstick” humor moments littered throughout, but none of them to the point where it killed the film for me (in fact, I rather enjoyed most of them).  And CG aside, there are some rather good practical effects moments that seem far better than what this film deserves.  Particularly when they discover the Lazarus machine (and the literal roller coaster ride on the way to it).  There also seemed to be some references to other horror films (like the stretchy door bit in The Haunting).  I can give this a solid recommendation.

PS: The whole time that villain guy kept saying that villain chick’s name, I kept thinking of this guy talking to Kerrigan from Starcraft.