It’s films like these that make me glad to be an avid film-watcher.  Films that show how powerful film can be, the emotions they carry, the memories they hold, and how they cause one to reflect upon life.  That doesn’t mean I consider this to be a perfect film, or even one of my favorites, but it is never-the-less a solid film that evoked an emotional response within me.

The film is a coming of age story, and how film has affected the coming of age process not just for the main protagonist, but for just about everyone he has known as a child.  The important role watching films at his local cinema played for him in his life, the lessons that can be gained from film and from outside of film.  And also trying to live life away from the hobby he had cherished for most of his youth. It takes place in this little Italian town where Toto (that’s more of a nickname, but that’s what I’ll go with) spends most of his time in a theater, watching this Catholic priest (who pretty much runs the town on a cultural level) forcing the edits of various films, cutting out footage that shows people kissing on screen (that fucking asshole).  Toto not only sees this (and therebye gets to see the uncut footage before it is cut), but also learns how projectors work thanks to hanging out in the projection booth with the projectionist Alfredo.  Alfredo often quotes words of wisdom that he gained from the films he’s watched, some words that Toto takes to heart (or at least tries). 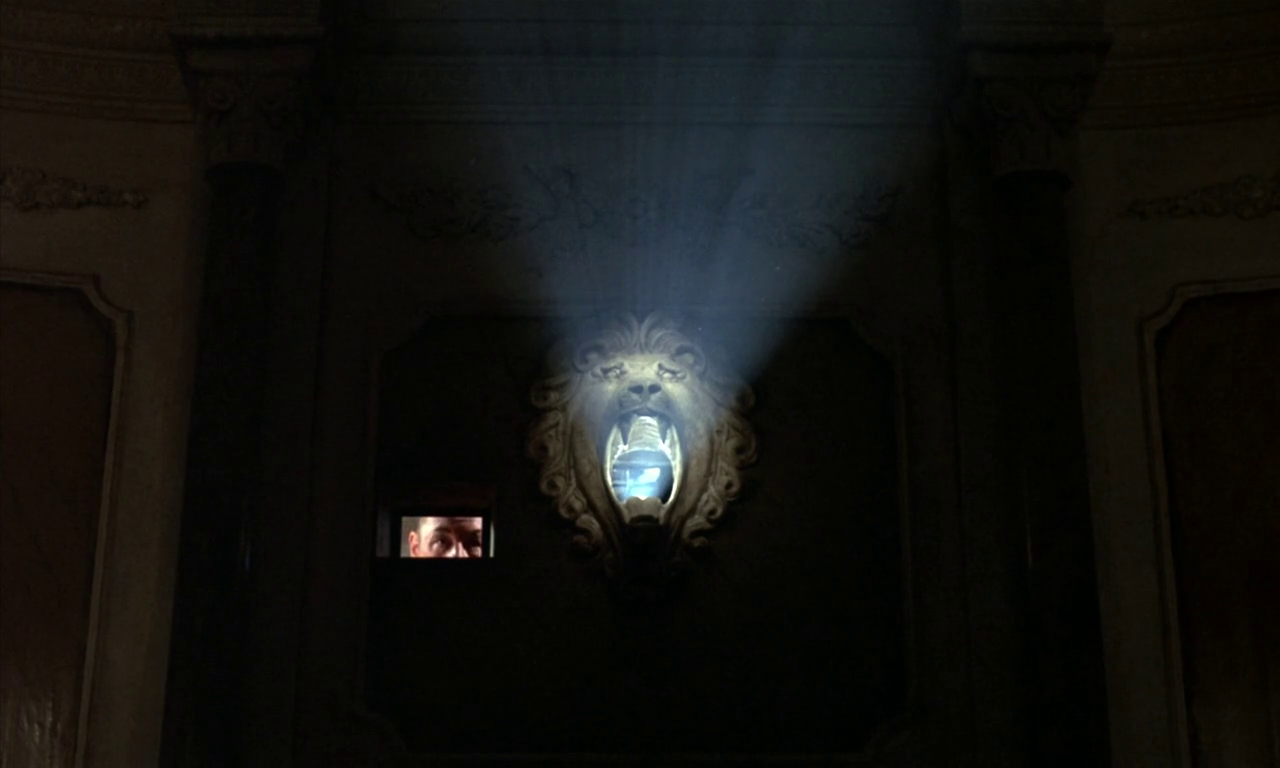 It’s not all fun and games though.  While Toto and most of the village do show up to the movies to watch them and enjoy themselves (making it more of an experience, an opportunity for practically the entire town to get together and have a romp in the theater, not just to see the film itself), there are times where the dangers and fears of making film-watching possible are shown.  The fear of the lion where the projected film comes out of, the easily flammable film reels which must not be taken lightly, and how one mustn’t let film cause them to become irresponsible with life’s other duties and experiences.

As Toto gets older and more mature, so do the films.  While he was a youth the Catholic priest’s concern for kissing scenes and anything that becomes too tantalizing for viewers causes him to prevent such footage from being shown to protect the youth, so is the case for many adults who don’t want their children to become exposed to such stuff.  But when they get older, when they become young adults, the youth have a desire to seek out those they want a relationship with, to find love.  And so eventually the Catholics lose their ability to control what shouldn’t be seen in a movie, and those scenes are left intact for everyone to see (much to everyone’s delight, as many complained about the edited versions in the past, and rightly so).  So the viewers are able to see the actors/actresses kiss on screen, so does Tito finally find his first love and get his first kiss.

Where the film becomes somewhat off-putting is when Tito joins the military.  It’s brief, and granted I guess it’s meant to show that he has to spend time away from movies, away from his hometown more than anything else.  It just threw the pacing off a bit for me.  And to be honest, it’s the only real issue I had with the entire film.  And on that note, eventually Alfredo convinces Tito that he must leave the town, leave this place, forget about everything and live his own life, create his own memories outside of this town, outside of this film.  Basically, Alfredo wants Tito to have the life he never could.  So that’s what Tito eventually does.

It isn’t until much later in life that Tito returns, after learning that Alfredo had died.  Yet Alfredo never wanted Tito to return, and expressed this wish to his mother, yet Tito’s mother calls Tito back regardless.  So at the end, I was wondering if it would end up being a good thing or a bad thing for Tito to come back to the town.  But seeing everyone else from his childhood gather for Alfredo’s funeral, and for the demolishing of the Cinema Paradiso (things have changed, theaters have become less significant with the VHS technology; a bit foreboding for today I must say), and coming across a film reel Aldredo left behind for Tito, just in case.  And Tito watches the film reel through a projector, and sees that it’s all the cut footage from all those films of the past, of all these actors and actresses giving each other passionate kisses.  Tito becomes emotionally floored.

It’s these romantic moments that become important for Tito in the past.  Because he also shares a love for cinema just as these characters in film share a love for each other.  And how could he not have a love for cinema?  Cinema provided a way for him to learn many of life’s valuable lessons.  How to find love, making friends with others, working projectors to put these sounds and images on a screen to make everyone else laugh and cry; and ultimately a way for everyone to find moments of happiness.  How can one forget the past when it has brought them so much?  How can one turn their back on film when it holds so many moments, so many memories, so many emotions?

PS: Well, apparently there’s a couple other versions of the movie.  There’s the version when it was first released in Italy, clocking in at roughly 155 minutes, then the International cut which runs about 124 minutes (the version I saw), and then there’s the more recent “Director’s Cut” (which is a bit misleading from what I understand, it’s more of an extended cut, the initial Italy version is more to the Director’s vision I think) which clocks in at a whopping 170 minutes.  Strangely enough, there’s some debate as to which version many would consider superior.  Despite the cuts, many believe the 124 International Version is the superior film because of how it ends up portraying the relationship between Tito, Alfredo, and Elena (Tito’s first love) by the end.  See here for more: