Now this is more like it.  Is it as good as the original X-COM from 1994?  Hell no, nothing is.  But it’s definitely a better game than the previous attempt from 2012.  Especially with the War of the Chosen expansion.

What improvements does this make compared to the last one?  Well it does the one thing I was hoping for.  Random maps.  And I don’t mean there’s a large selection of random maps to choose from.  Similar to what the original X-COM games did, the maps have randomly generated terrain/buildings/obstacles/etc.  No longer will you be able to memorize maps.  Now you have to be adaptable to each mission you take part in.  And it’s all the better for it, keeping you on your toes. 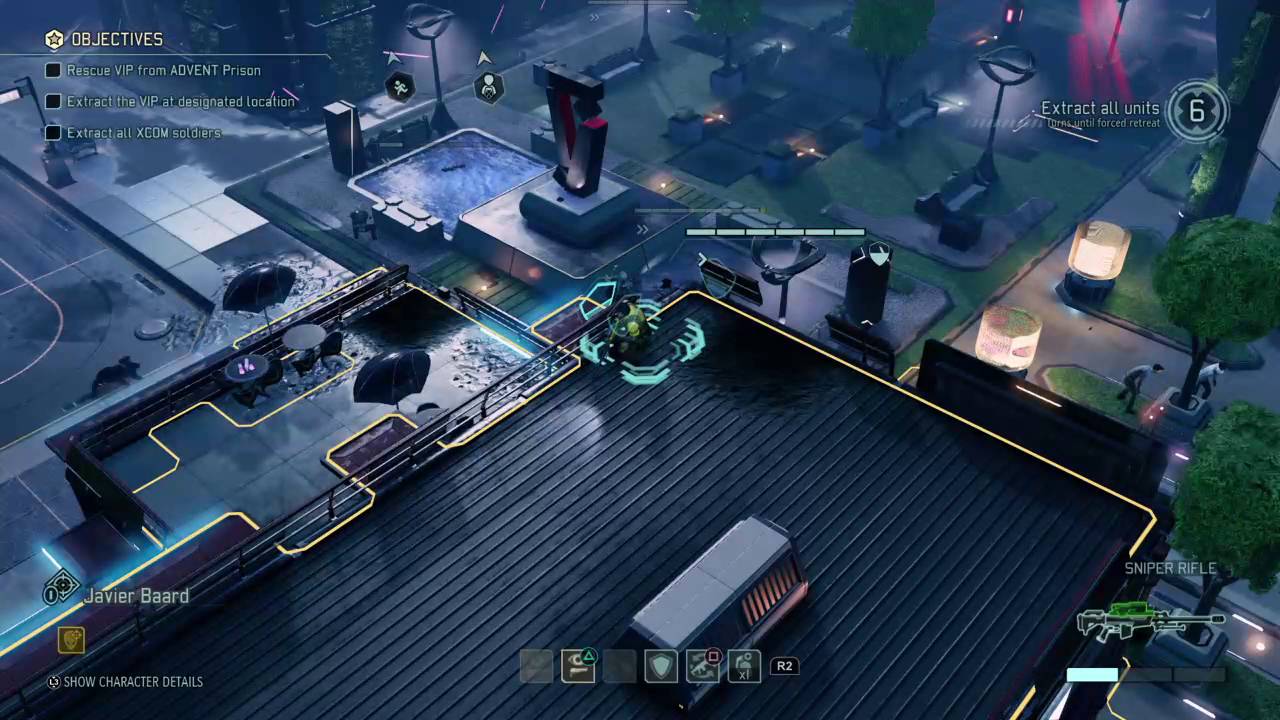 And yes, the expansion also adds more variety in unit types, with these 3 factions who have a unique unit type you can recruit.  And they can be fun if used right.  And, honestly, you learn to appreciate these new special units very quickly when playing on the hardest level of difficulty (though that level of difficult is a real pain in the ass; more on that later).  You will be begging for their unique capabilities early in the game.  Later on though, well, the Sniper will become more appealing than the Reaper, once you’ve upgraded the weaponry and gotten them leveled up to the top 3 tiers.  The Templars and Skirmishers though, they can be handy, especially at higher levels.  And once you build the Training Room where you can improve soldiers if you (and they) have enough ability points to spend, you’ll be stylin’ and profilin’.

And, of course, there’s the Chosen themselves, who can be a real pain in the ass and mess your day up.  You’ll be forced to balance dealing with them and slowing down the Avatar project.  And you’ll have to change up your regular tactics when dealing with them.  Because the variety of alien units weren’t enough of a threat to force you to change up your tactics (that’s sarcasm).  Can’t always rely on cover, can’t always rely on overwatch, can’t always rely on grenades.  This encourages you to mix up your teams, never relying on just one unit type (however badass you think they are) so that you can adapt to each situation as it occurs.  Plus there’s missions where you have to deal with zombies (I know they’re not called zombies, but that’s how they act), though you could potentially use them to your advantage and utilize them against the aliens as well (they attack indiscriminately, and the aliens will attack them too if they pose a threat). 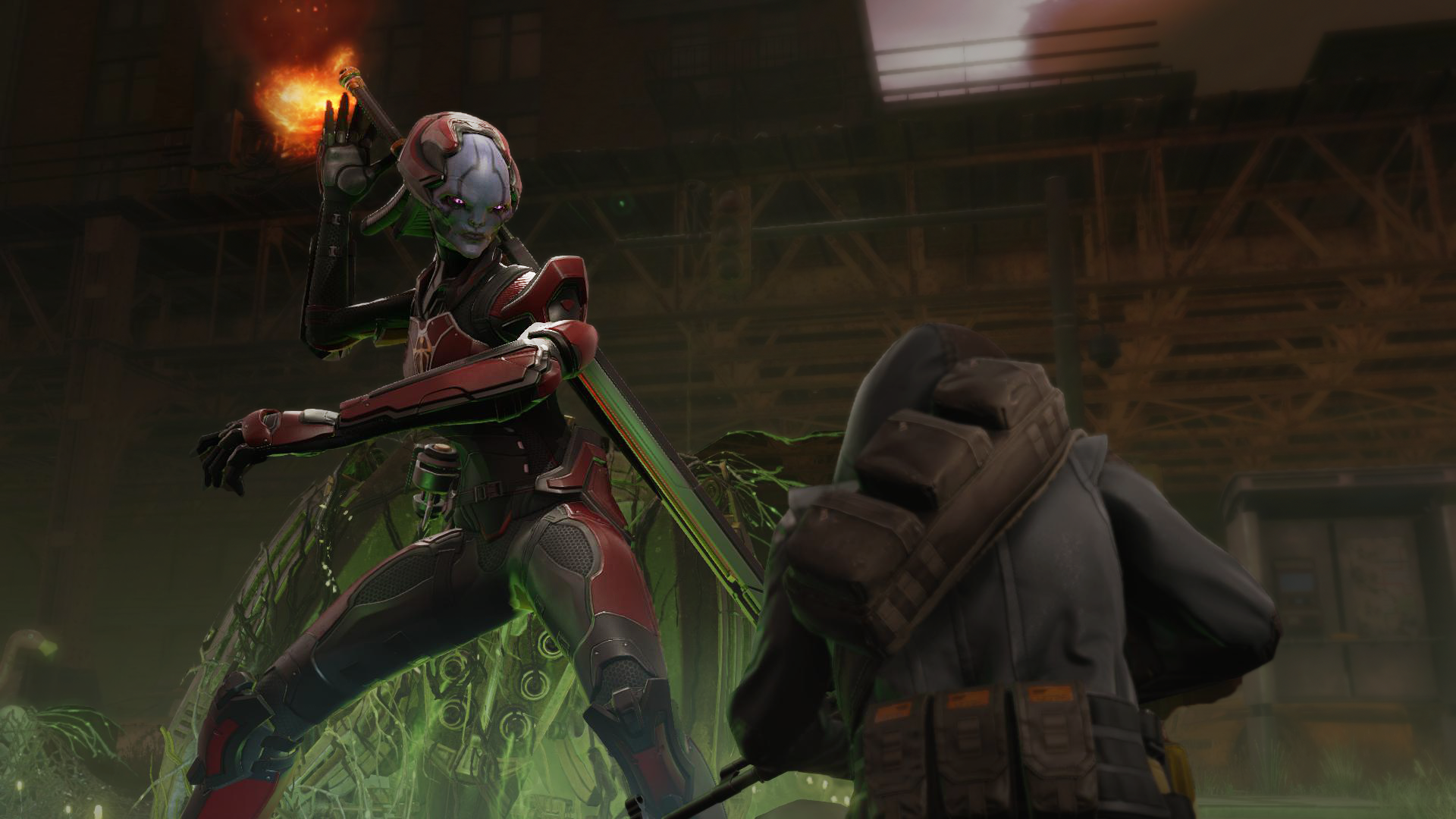 And then there’s concealment.  The main reason this exists is so that you don’t inch your way towards the enemy at the beginning of the mission.  Because, just like in the previous game, the moment you get within range of an enemy’s line of sight they will react and move into cover.  Concealment allows you to get the drop on them, so long as you don’t get too close.  But once you start blasting, then things proceed similar to the last game from there.  Concealment acts as a way to speed things up with less worry, especially when a good portion of these missions have a time limit.  Both concealment and time limit strongly encourage you to move more quickly, and not utilize that “only move a few inches each turn” strategy and overly relying on overwatch.  It improves the general combat system overall. 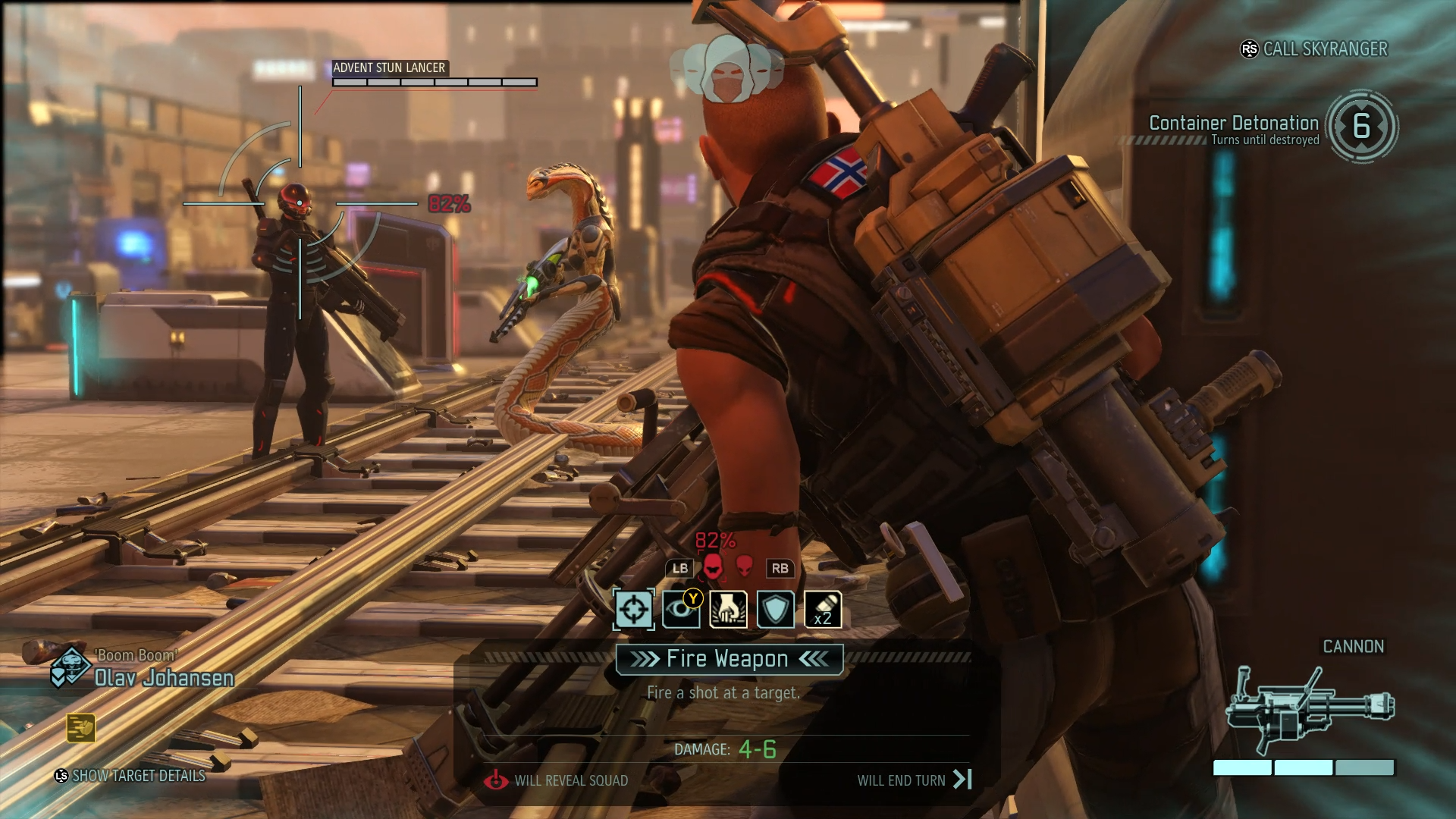 Then I’m reminded why I prefer the old 1994 game style compared to the remake style, especially on higher difficulties.  This whole system of multiple enemies reacting to you once you’re in range is cheap, and tactically limiting.  If you move just 1 space too far, that could cause several enemies to swarm around you and move into defensive positions, which will make your squad fucked if most of them have used up their action points.  Don’t get me wrong, I adjusted to this style.  But it’s more artificial and “gamey” compared to the more natural nature of the original game.  This ended up making me play awkwardly with how I proceeded.  I mean, I guess it’s similar to how tactically sound you would proceed in real life.  Being forced to keep your squad grouped close together (tactical necessity), letting the opponents get that reaction handicap.  To say nothing of how the game artificially gives the aliens a boost in unit type/health/armor/weaponry whenever you make a research/tech breakthrough that also improves your own units.  Things were more fair and even in the classic game, where the alien plot progressed at a steady pace regardless of what you did (you could prevent them from terrorizing certain cities and keep them in check, or get your ass handed to you each mission; they would proceed with the invasion of Earth at the same pace either way; the only thing that would change is how often they tried to search for your own base based on how often you shot down UFOs near the area of your base).  Regardless, I still enjoyed this streamlined experience, even if it won’t ultimately overcome the experience of the original game.

As for the storyline, it’s interesting enough.  You are a small resistance team building up allies around the world, primarily relying on hit and run missions and maintaining covert operations throughout the game.  It acts as a good legit excuse for the mission structures.  Gets a bit over the top during the last act though.  I mean, they pretty much dropped any pretense of this being a “sim” game (which, unlike the original, it isn’t) and decided to go all out with the action RPG, and throwing in a bunch of crazy shit into the missions that makes it more cartoonish.  Like, superhero stuff.  I refer mainly to the enemy types (and certain soldier types).  Plus Psionics didn’t play a major factor in my game (as opposed to the original game, and even the previous one, where they were a necessity), they’re pretty much optional to acquire and use.  It’s a little rough, but decent enough. 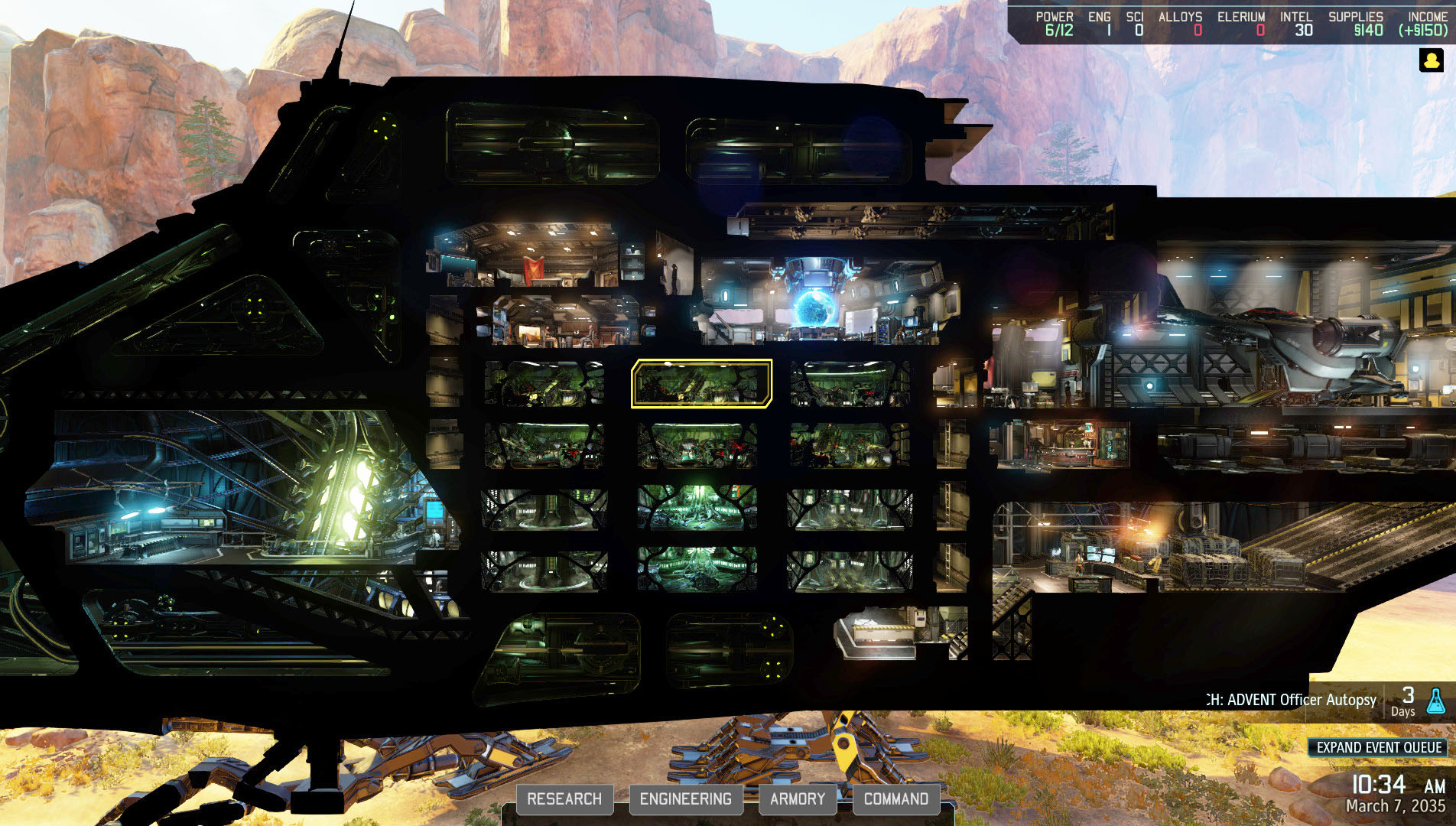 If you thought the 2016 XCOM game was good, this one is even better. 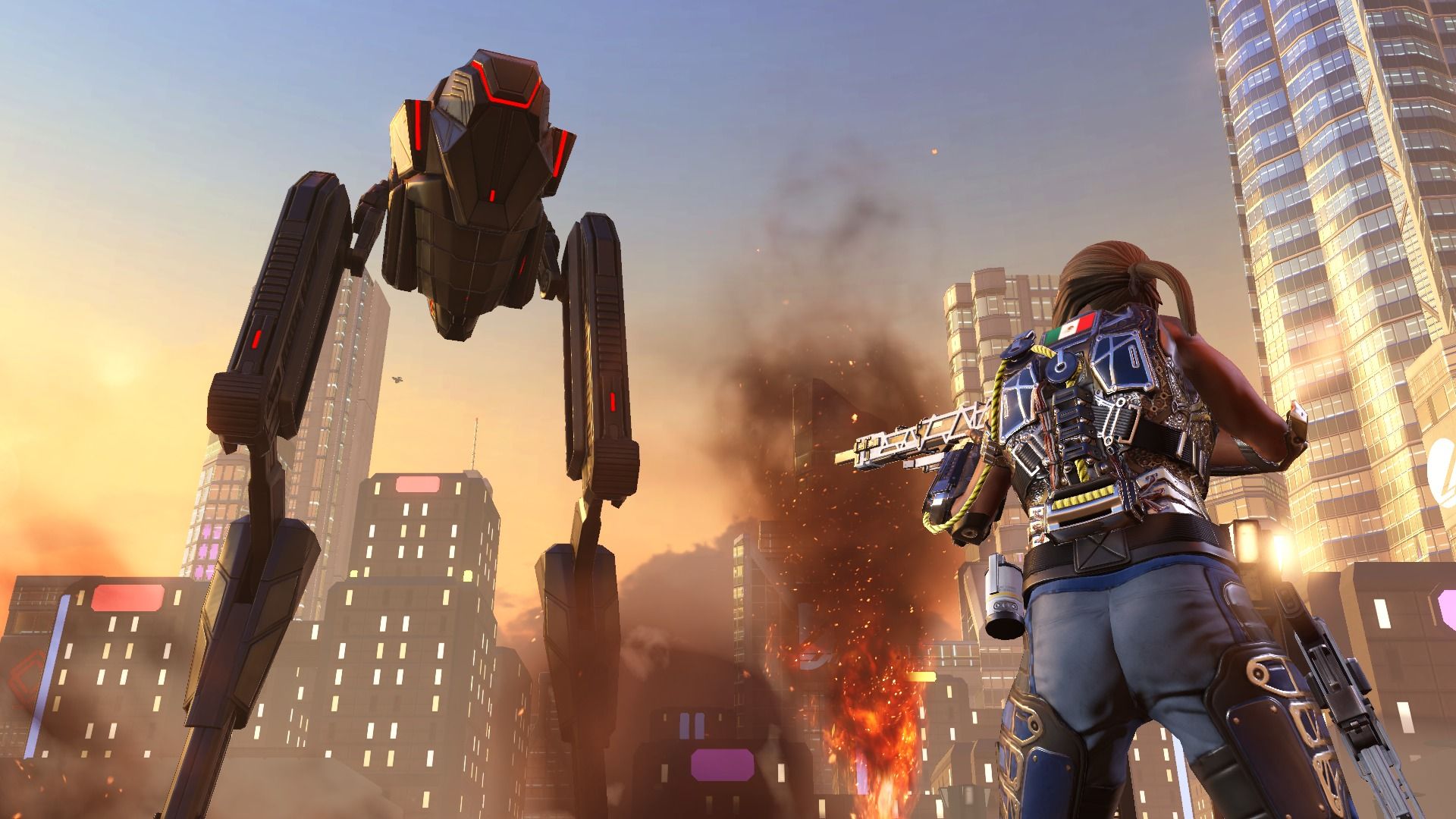 I must advise one thing.  While War of the Chosen is the best way to play this, as it adds a bunch of cool shit that makes the whole experience far more engaging and entertaining with more diverse situations, that’s the problem.  If you ever intend to play this with the Long War mod, which has once again made a comeback from the previous game, you may want to do that before doing War of the Chosen.  Because currently, there is no Long War mod that is compatible with the War of the Chosen expansion. 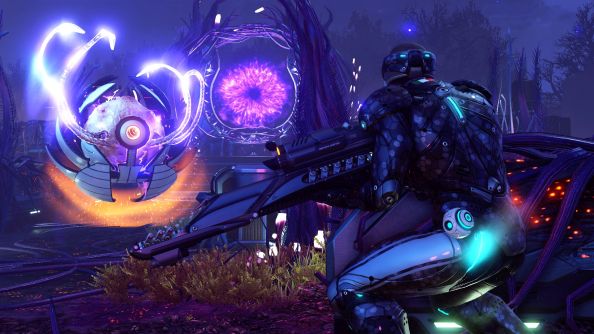 Yep, this makes the game LOOOOOOOOONNNNNNNGGG.  It took me 55 hours to beat the game with the expansion.  This mod, which is only compatible with the base game, supposedly makes the game 100 hours.  It adds variety to the base game, even in a manner the expansion doesn’t (the expansion has 4 main unit types, plus 3 additional unique types; this mod has 9 main unit types).  More unit variety for both the aliens and the humans, more weapons, research, tech.  More of everything.  But it doesn’t have more plot, more of the unique mission types that the expansion does.  Main reason I passed on this is because of the length.  55 hours with the main expansion was enough for me.  I was starting to get worn out by the 40 hour mark.  I wouldn’t have lasted 100.

These next two mods however, they are not only compatible with the War of the Chosen expansion, I highly recommend using them. 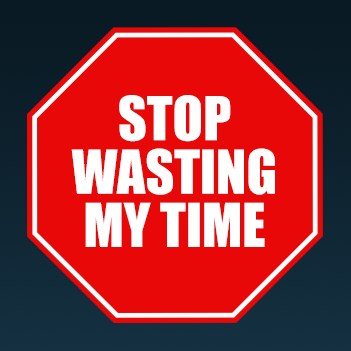 Speeds up the game in subtle ways by allowing your ship to move around faster, eliminating pointless animations and pauses.  It’s great to have for a more smooth and fast experience. 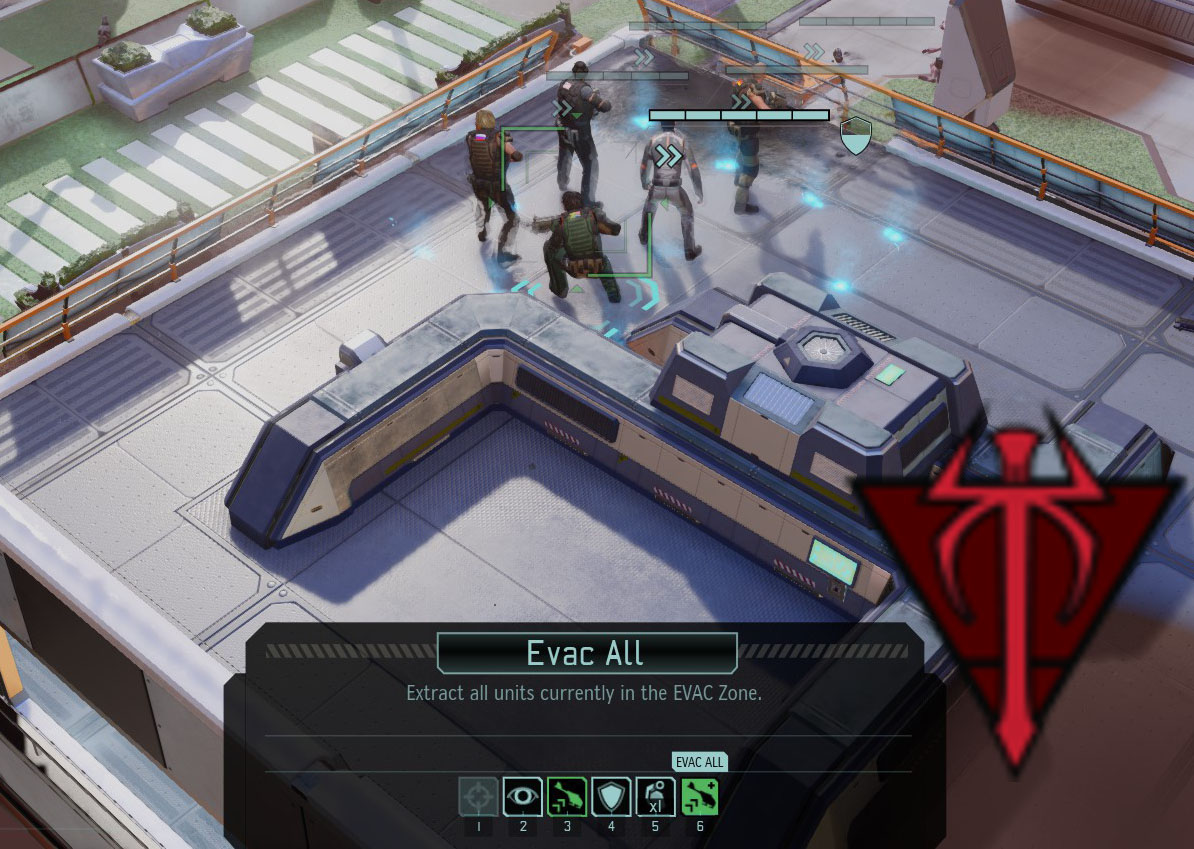 Thank fuck for this.  It’s annoying as hell having to move your unit into the evac zone and having them rope out, one at a time.  This lets you do it all at once.

And those are the main mods I can recommend.  There are others, but nothing I would personally ever use.

PS: I did find it amusing how you could customize your soldiers.  Not just with clothing and apparel, but also their gender, race, nationality.  So if you wanted to, you could ensure your entire squad was made up of a bunch of white supremacist aryans who want to save the world and bring about rule of the white race once again.  Either that or a squad of black guys who want the world engulfed in black power.  Or you could just go with the standard game formula and have diversity quotas fulfilled.