Made after the 2008 housing market crash, this is a film that hasn’t lost a single ounce of relevance.  It’s a corporate thriller about a corrupt bank, and the efforts to expose the corruption and put those who are responsible in prison.  Problem is, any potential witness, and potential whistle-blower, gets killed well before they get the chance to do so.  And the further they investigate, the more they realize this corruption within one bank is way and well over their heads.  They are onto something that’s more global in its reach than just a simple State issue.  Because the banks control everything buy putting everyone into debt.  Because if they control the debt, they control the world.

And nothing gets a country into debt faster than a country at war.  Ever since the Napoleonic wars, when Britain began to go into debt with the Rothchilds to finance themselves against Bonaparte (you can actually see a made for TV movie titled Sharpe’s Rifles with Sean Bean which has this as a key plot element), to today with financing wars and skirmishes all around the world (particularly the Middle East, and portions of Africa).  What better reason to be desperate enough to resort to taking a loan from which you may never be able to repay than by fear of being taken over militarily?  Only problem is, then you get taken over financially, by people with enough money and power to finance their own private army (or own those who have an army).

“The King’s shilling Sharpe. The last shilling. London’s late, the army’s broke, and we owe the lads two month’s wages. Next week it’ll be three. Bad for the morale. Then more of our Spanish irregular support will melt away without cash. What do you do when you’re short of cash Sharpe?”

*sighs* “You borrow, Richard! From a bank! Our banker is Nathan Rothschild of London.”

And the protagonists of this film think they can bring those who are only small cogs in this massive machine to justice successfully?  They don’t know how out of their depth they really are.  None-the-less, they make an effort.  And if they didn’t make one, then we wouldn’t be able to get this one shootout sequence which ranks among one of the best shootouts in film history (yes, even alongside Heat).

But yeah, this is a very black pilled movie that I’m sure Devon Stack would jerk off to if he ever saw it (if he reviews it, listen for sexual moaning).  And honestly, there really isn’t much more to say about it.  It’s one of those rare films that lifts the veil enough to allow some insight into how things really are (with some Hollywood simplification and dramatic flair of course).  Think of it as the darker more sinister companion peace to something like The Big Short (2015), which is also a film that is too simplified and one-sided about the debt crisis (and even then it explains things in a manner more confusing than clear, mainly because of what it doesn’t say about the crisis).

The nutshell politically incorrect version of it is that elite Jews are the real owners of these world banks that manage to put entire countries (let alone other smaller corporations and businesses, and even people) into debt.  Something they’ve been utilizing as early as the 1800s (perhaps earlier), and have also created the concept of Communism and Socialism for the purpose of creating societies that are designed to have citizens in-debt to the government of the country they live in.  The U.S. fought back against this idea successfully for a while, in-particular by Thomas Jefferson.  But then Woodrow Wilson changed all that in the 1910s, putting the U.S. on a Federal standard rather than a gold standard.  Which is when the U.S. began to go into debt to either the Rotschilds, or some similar world bank organization (they are all in cahoots, so it makes little difference which one).  And the reason for this?  Power and wealth of course, what other reason would there be?  He who has the most wealth has the most power, because he can buy anything.  And what more could a person want than complete control of not just his own life, but the lives of many many others?  No need to worry about working too hard for material goods and hot chicks (or hot boys) of any age.  No need to worry about breaking any laws (especially when you own those who make the laws, and can thus ignore or rewrite them).  Controlling the money and debt is the equivalent to holding all the cheat codes for the game.  You are on God mode at that point.

The above video is what got me to make this post.  Probably the most important wake-up call videos out there. Explaining that the financial market is going to fail, by design. And all this, “the market’s doing great and better than ever” is BS. When it falls, things will get bad, and the current financial system will be replaced by another, dictated by the world banks. Most likely a form of digital currency. Everything else is a smokescreen, and fear mongering to get people to beg for martial law (among other things that reduce their rights for the illusion of security and safety). 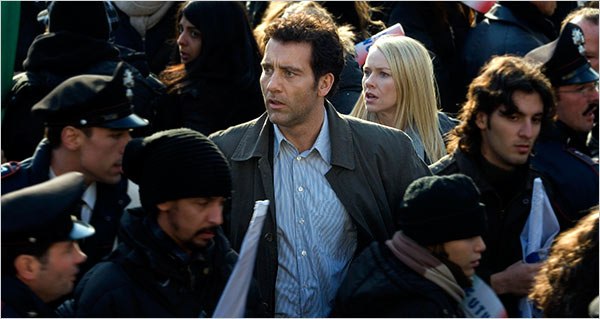 What to do about it?

It can’t be stopped. It doesn’t matter who is president, in any country, they’re either under their control or powerless to turn the system around. That’s not something that can be fixed. It’s been designed to build up debt and fail for decades, a couple years of fighting back isn’t going to change things now. It’s what can be done when it the financial hyper-bubble finally bursts.

1.) Get a form of physical currency (not bank notes). Gold, silver, platinum, etc. The guy in the video suggests silver. But this is something that is only really necessary if you have the means to be financially self-supporting for a good while.  Consider this optional, or not even mandatory, for those who can’t afford to invest in this.  Especially when there’s another important for of investment in thing #2. 2.) Have a strong cohesive group of friends and community to rely upon when things get bad. This point is more important than point #1. We are the strongest and most important commodity. We need each other when things get bad. Don’t let social media and other online stuff prevent you from interacting with others in-person. Even people in prison have this luxury.

PS: Though that being said, I have yet to see China wake up from its era of hard times under Communism.  This nature of hard/good times and strong/weak men doesn’t exactly have a timespan for each of those eras.  Especially when we’re faced with a globalism threat that hasn’t been seen before.  Guess it’s all going to depend just how strong we are together as a community (however many of those there end up being), and how intelligent and adaptable we are.