A limited month for music. But that wouldn’t stop 1990 from putting out one last all-time classic track that threatens to dethrone everything else that occurred earlier this year. A track that will make everybody dance, now.

The Simpsons Sing the Blues (4)

Well, it was inevitable that a Simpsons album (with original music not placed on the show, for the most part) would break through. And try its own rap twist with Bart trying some rap rhymes; with backup lyrics provided by Michael Jackson (a prelude to his involvement with the 3rd season of the show).

An album that received worldwide success, managing to gain a top 10 position in several countries. Not my type of music personally (the kind you either want to fall asleep to, or get all high and tripping on acid and shrooms and shit while listening to it), but a worthy mention. Just relax, and let it carry you away…

Alright, you had better have heard the track “Everybody Dance Now!” at some point in your life, or else you had no idea how to party. The only hip-hop track to rival “The Power” from Snap!, which released in May earlier this year. An all-time classic hip-hop track that even those who hate hip hop absolutely love. No other way to describe this other than epic in its effect on the entertainment industry as a whole. Honestly, just the fact that this track is on this album makes the album a must-buy, if you haven’t gotten the track from some other party album (or film soundtrack) that took it from here. 1990 officially rocked the entertainment industry off its axis.

Worthy mentions: Havana, a so-so Robert Redford flick about him getting a love interest and playing poker amidst the revolution in Cuba. Look Who’s Talking Too, it’s just not as good as the first, and gets a bit irritating at times, even if the baby nightmare sequences are the main source of excellence. Almost an Angel, the bomb that basically ruined Paul Hogan’s career; I didn’t think it was particularly bad, it was mostly decent until this one moment near the end where it got angelic enough to be a Christian Hallmark film; you might like it. Alice, a Woody Allen flick that I just couldn’t get into, especially when it decided invisibility potions are a thing. The Sheltering Sky, atmospheric, and some people seem to like it, but it’s too slow and meandering for my tastes, especially during the last 40 minutes of the movie. The Rookie, just a meh Eastwood and Charlie Sheen film.

I’m going to admit straight-up, I haven’t seen this yet. This is the only film mentioned on here that I haven’t been able to acquire. Acquire as a rental or as a pirated stream. This film exists, it’s out there, but for some reason it’s a bitch to get a hold of, either digitally or on physical media without importing it from Korea or something. But from what I’ve gathered with all the reviews (and bits of footage) that I’ve seen, it’s supposed to be a pretty good movie. So track it down. If you can. I’m going to be seeking out an affordable subtitled copy in the meantime. Will likely update this blog entry when I do.

Supposedly the best version of this story, though the only other major adaptation I know of was from 1950. Some competition it’s got.

Comedy drama that gets very emotional near the end. I wouldn’t recommend it as a date movie, not if you have children anyway (there’s one moment that may make you never want to have sex again if that’s the case).

You can’t go wrong with Studio Ghibli, you just can’t, not back in this time period. Still a revered classic to this day, that is shown in theaters every now and then. While it’s not my favorite Ghibli flick, it has taken that mantle with others.

The Bonfire of the Vanities (21) 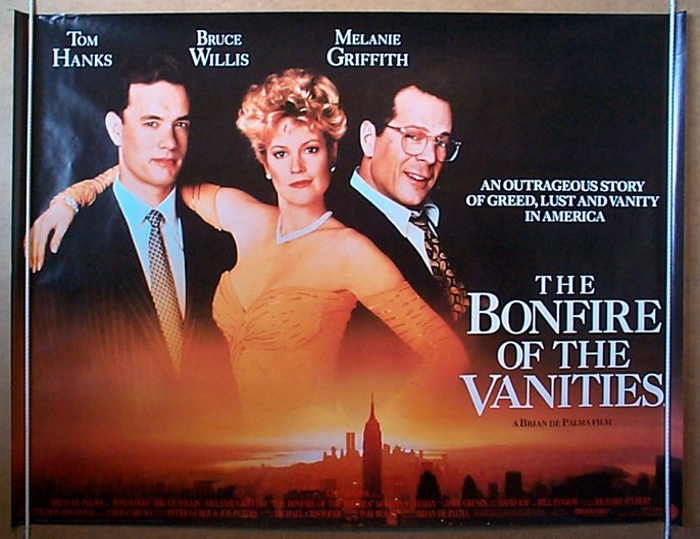 This was the biggest surprise of the month for me. Out of nowhere comes this satirical comedy (though I doubt it’s as humorous as it hoped it would be) that manages to address race issues in a manner so honest, so desperately needed in the present day and age, I’m surprised it exists at all. Normally when there’s a story about some semi-rich wall street prick who gets involved with a hit and run on black minorities, you would think the minorities would be portrayed as misunderstood good guys, and the wall street guy as the true villain who belongs in prison. Well, this film allows common sense to prevail in that regard, because in this movie, everyone is an asshole. The black thugs, the wall street guy, the politicians and justice system wanting to convict a white guy to make up for all the black (or non-English speaking) criminals they put away, the black Catholic priest, and even the Jewish district attorneys. Everyone in this is an asshole, but the wall street guy (played by Tom Hanks) and the main judge (played by Morgan Freeman) tend to be the lesser of all evils by comparison.

Seriously, this is the one film that critics and audiences judged too harshly back in the day. It is a film that is just as relevant as ever, and is more needed than ever in this day and age. The biggest refresher of a race relations film I’ve seen since ever. Everyone who thought 2019’s Joker was a misguided attempt at showing white victimization will love this movie. 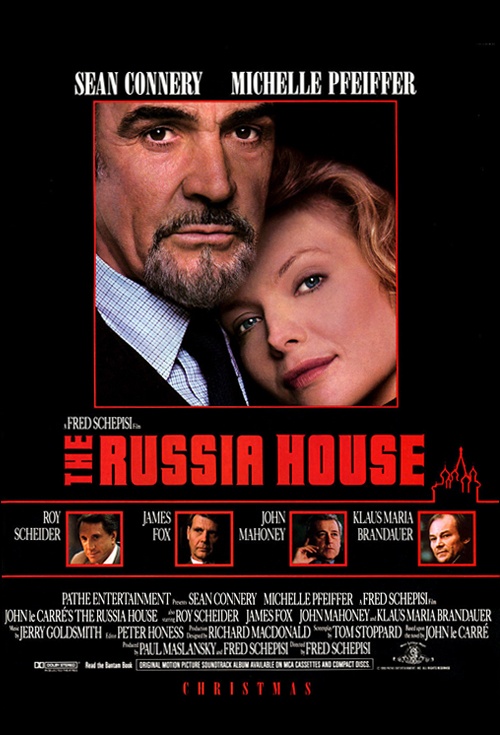 Well, if Sean Connery was going to defect from Russia to America in The Hunt for Red October, guess they had to have tit for tat with this one to even things out amidst this post-Cold War time period. I did love this one bit of dialogue though:

“I’ll admit both America and Russia are corrupt countries, but with Russia there’s less bullshit.”

Arnold’s successful attempt at a comedy kid flick. What were the odds of this succeeding so well?

Worthy mentions: Dragon’s Lair (NES), fuck this version of the game; it’s worth mentioning so I could say that. Dirty Harry (NES). Thunder & Lightning (NES). Robocop (Game Boy), typical shooter, not all that memorable, save the the title music. Pat Riley Basketball (Sega Genesis). Final Zone (Sega Genesis), not great, except for the music and Game Over screen. Dr. Mario (Game Boy), why play this when you have the NES version? Hal Wrestling (Game Boy). In Your Face (Game Boy), again, why play this version when there’s the NES version; or Double Dribble? Aero Blasters (Turbographx-16), also known as Air Buster on the Arcade and later Sega Genesis.

While this month had some good NES titles, this was also the month the Sega Genesis would wipe the floor with Nintendo.

I actually played this once at some old-fashioned cowboy place when I was very young. They just so happened to have an arcade cabinet of this game. Too bad I only had enough quarters for just one play of this game, because I would’ve loved to have given it another shot. Anyway, this is basically an FMV shooting game, where you’re only supposed to shoot at specific times at specific targets. So you’re not blasting away for the majority of the time. 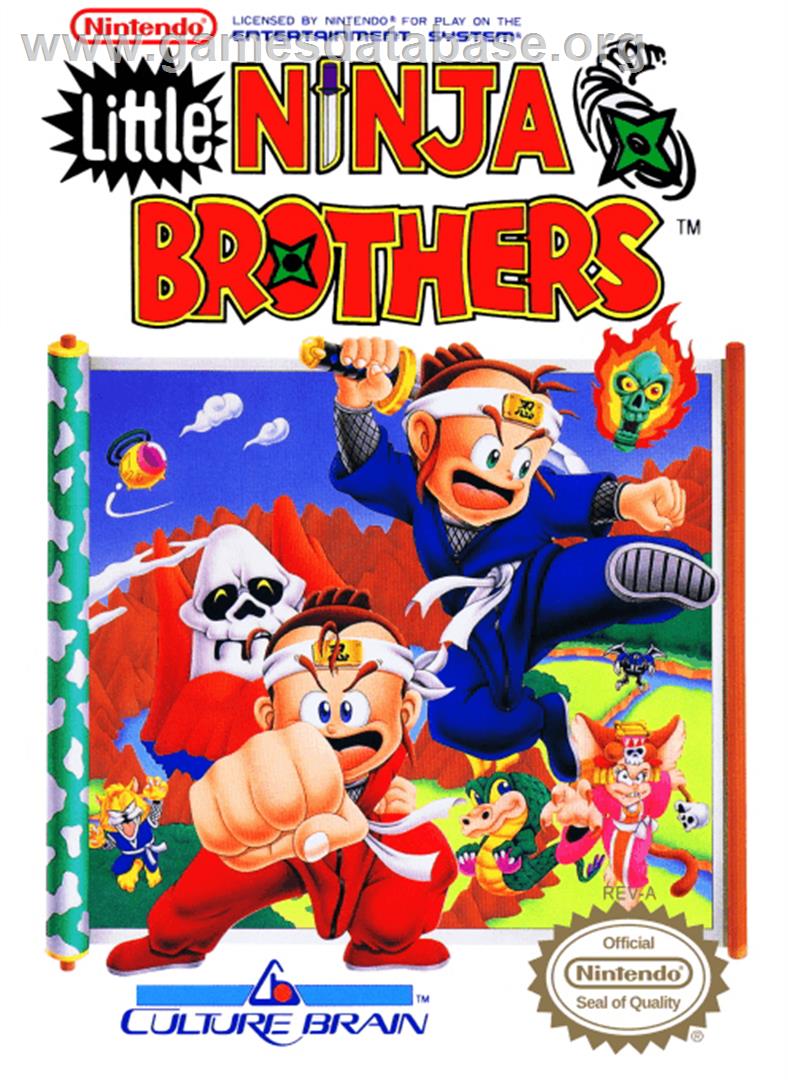 A J-RPG, but with beat-em-ups for a combat system rather than turn-based battles ala Final Fantasy. And it can be played co-op, and it’s better that way.

I mean, come on, it’s a game where you play as Jackie Chan. Aren’t you the least bit curious? 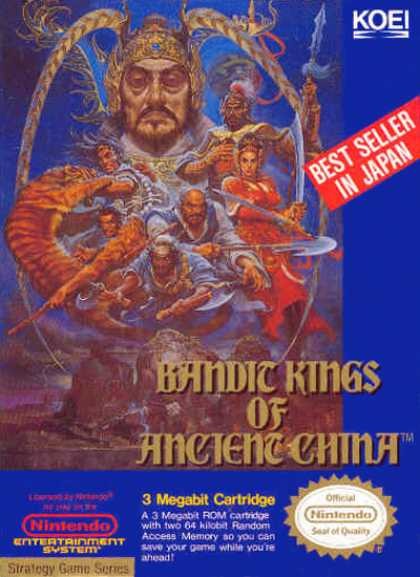 A sort of Romance of the Three Kingdoms type of game. Might be your cup of tea, it might not.

Point and click adventure mystery noir game on the NES. Port of a PC game (better on PC).

Digger T. Rock: The Legend of the Lost City (NES)

Shadow of the Ninja (NES) A ninja game that flew under the radar back in the day (probably because Ninja Gaiden and Shinobi overshadowed it in popularity. But it’s one of the better ninja platformers back in the day. Plus it has 2 player co-op.

Yep, another good ninja game. If this keeps up, they’ll be as prevalent as puzzle games. Then again, maybe there’s a ninja puzzle game somewhere… 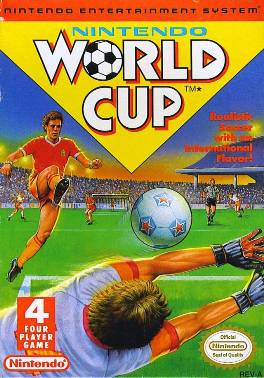 A soccer game that’s actually good. Made by the company that did River City Ransom (so these guys play soccer when they’re not beating the shit out of people; you know, like regular soccer players). 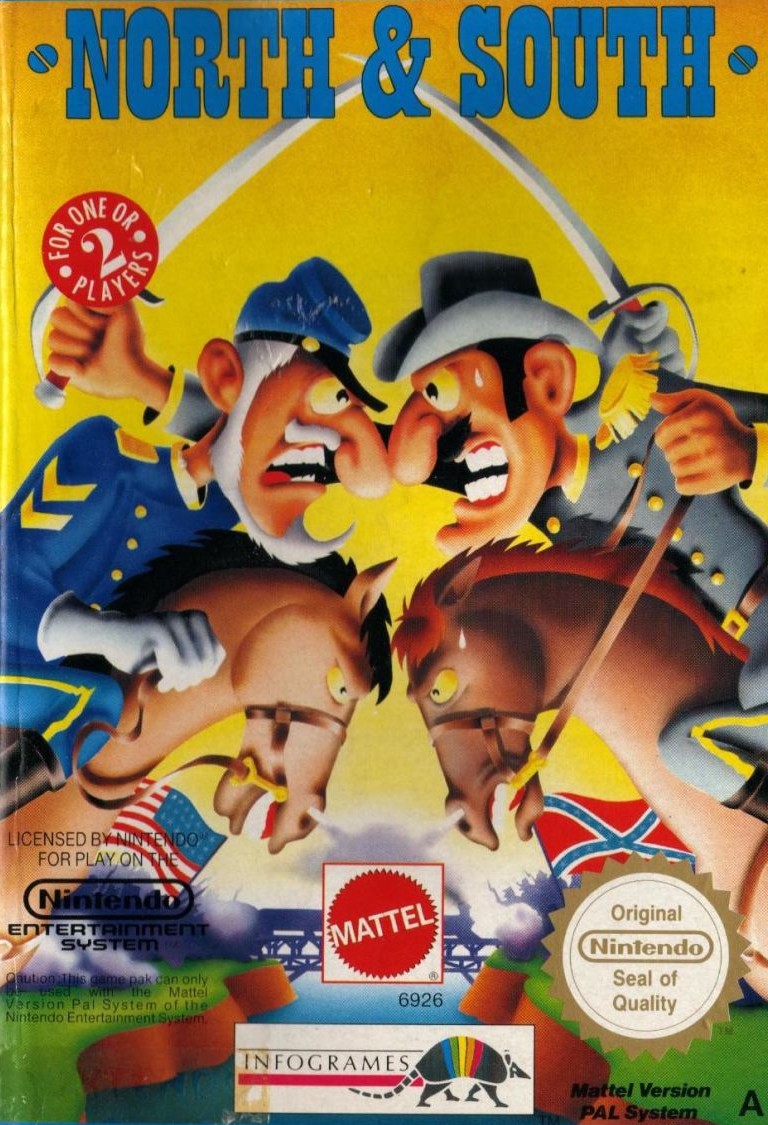 The Adventures of Rad Gravity (NES)

The game NES owners always wanted when it came to TMNT. The arcade version is better, but for the time period, this was a good second. 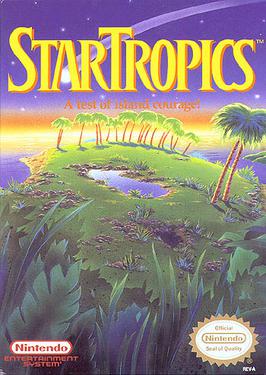 Ultima: Quest of the Avatar (NES) The Sega Master System port was better, but that version never hit the U.S., so we’re stuck with the NES port of this PC classic. I don’t care if this cover is of the Japanese version rather than the American version. It kicks way more ass. That aside, it’s another decent shooter.

Port of the 1989 Amiga shooter. As far as I can tell, the Genesis version controls a bit better, but the Amiga version is superior in all other aspects.

Another arguably “greatest game of all time” released on the Sega Genesis system. A platformer with Mickey Mouse. You see what I mean with Sega wiping the floor with Nintendo this month? 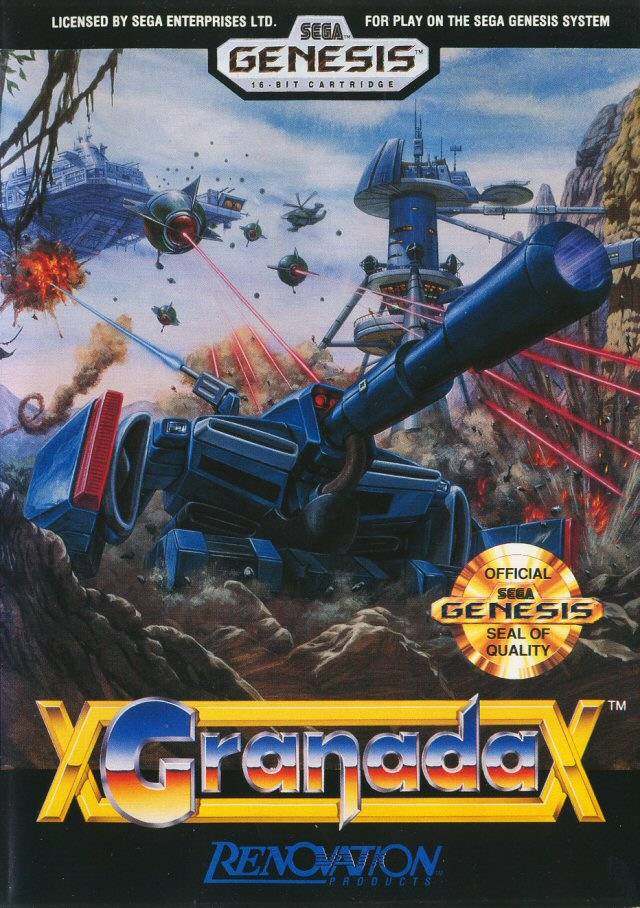 Another fun shooter, except this isn’t a side or vertical scroller. Camera stays centered on the ship. The Sharp X68000 version is better.

Well, they weren’t going to let John Madden hog all the fun. Later on, the second game in this series would have in-play commentary, a first for football games.

Another Game Boy puzzler. But this one is good enough to stand out. 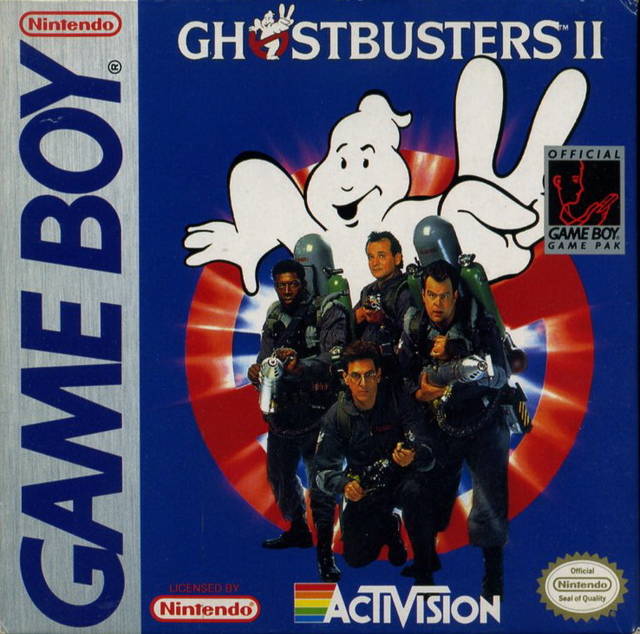 What’s this? A Game Boy game that isn’t a puzzler that doesn’t suck? Been too many months since that’s happened.

Thematic Tetris. There was an NES release of this, but it was exclusive to Japan, so we get the Game Boy version. 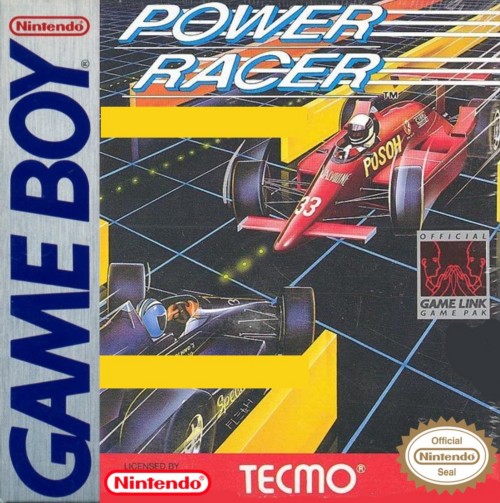 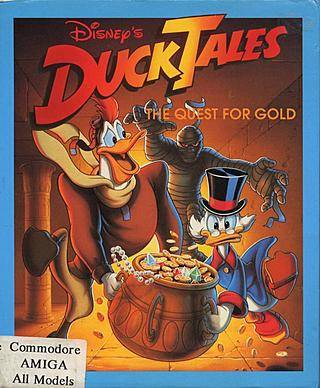 Amiga is supposedly the best version.

So beings the start of the Commander Keen series on PC, which is known for being the game that launched smooth side-scrollers on the PC (which was something consoles and arcades have been able to do, but for some reason never really took off on home computers until this moment in time).