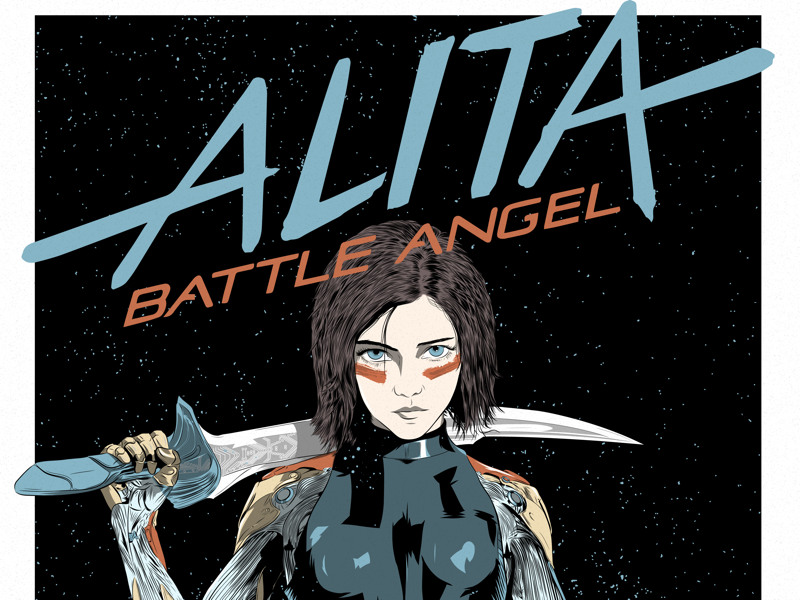 So when this first came out, there were some mixed reactions to it. Then Captain Marvel came out, and a lot of people were like, “See Alita instead, it’s way better.” Then it went from that to, “Alita is the best female action movie of the year!” Like Captain Marvel was driving these people to proclaim Alita as the holy angel of movies this year due in-part out of spite. So I decided to check it out when I saw it available at my local library.

… ok, that’s a lie. I never got entirely used to it. Or any of the CG robo faces. They’re just so fucking weird. It’s like having CG mouths to get animals to talk in those kid flicks, except worse. But I eventually got around to tolerating it. 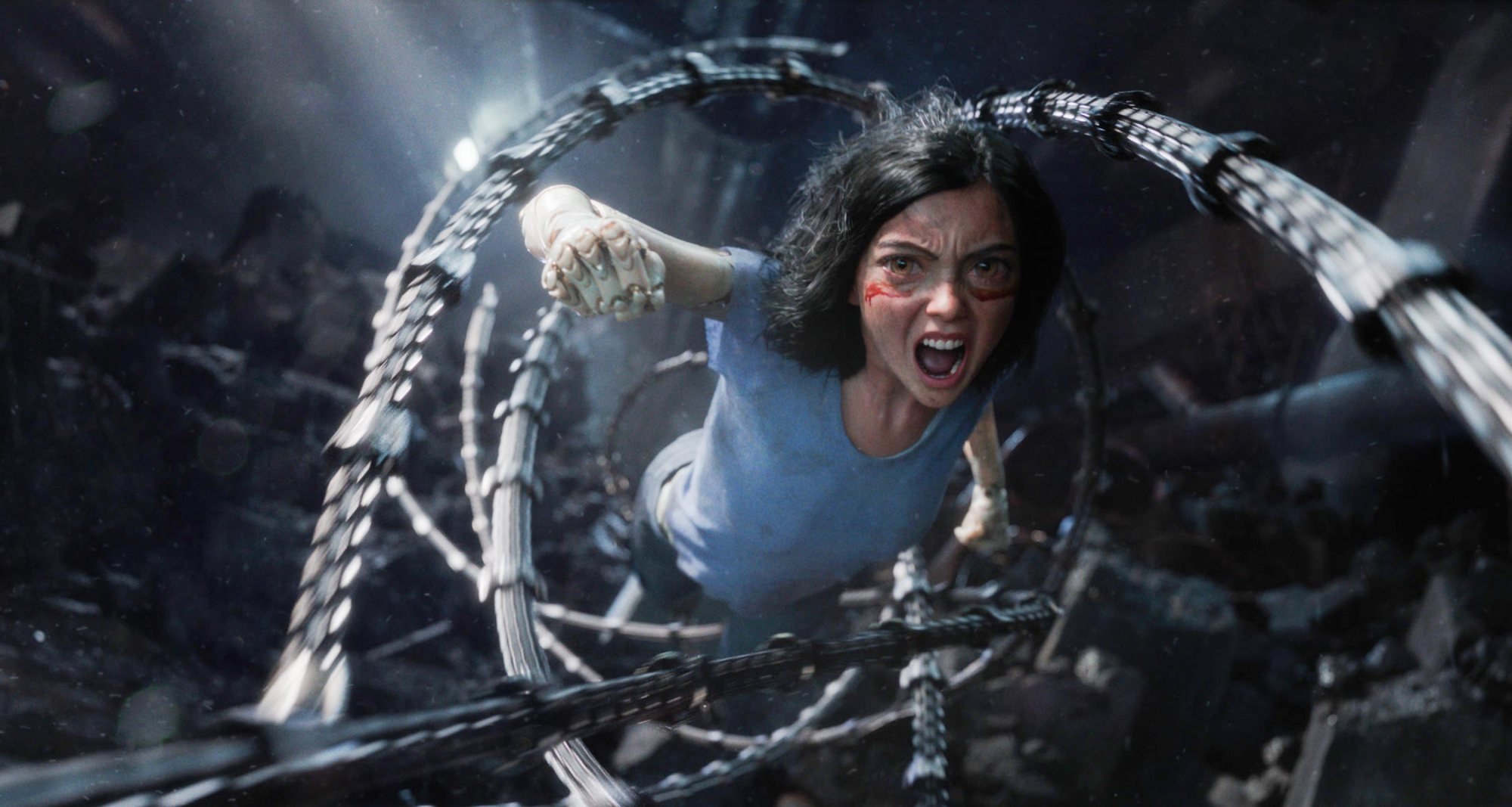 And then there’s this one aspect I just fucking knew was going to be in this film because Hollywood makes this a requirement in every movie now. The doctor’s black nurse assistant. She’s just fucking there, and doesn’t do shit except make reaction faces. They could’ve scrapped her entirely from the film and not one goddamn thing would’ve changed. It’s one of the purest examples of forcing that diversity quota, and I find it irritating.

“But wasn’t she in the manga?”

No, the cunt wasn’t in the manga either. I’ve read a bit of the manga, I would know. She looks nothing at all like the assistant in the manga. Mr. GrumpyGramps Bolthead or whatever you want to call him (yep, they changed both the race and the gender, let alone the age and the top of the head).

But I’m not one to harp on the changes made compared to the manga too much, especially since I haven’t read the entire series and thus am not qualified to determine if the changes made are ultimately better or worse in the long run (assuming a sequel gets made, which Disney is trying not to have happen) as I don’t have the knowledge of things to come. But I will say for a film that is meant as an introduction to the character and the world, it bit off more than it could chew. Especially with a sort of cliffhanger ending.

As for the positives, I have to admit, once I got past the first 20-30 minutes where everything is getting introduced (and I got adjusted to the damn face), I actually started to get into this thing. In fact, the first major action scene that happens, they managed to do something that isn’t done enough in CG action films (not by a long shot). There was weight to the movement. The swinging of weapons, and the hopping around, it wasn’t just some lightning fast speed, they had to put some effort into lugging around the weight of that axe/drill/rocket thing, and the cyborgs with their body parts. They couldn’t dodge each swing because they aren’t capable of moving that fast. Same thing with the swinging of the weapons. This was a nice refreshing change of pace compared to what I’m used to in films like this. Now if only it could just keep doing tha–

And of course they say “Fuck that” to the weight system the moment that fight sequence ends. From that moment on, every action scene after that is the typical weightless CG fighting schlock. Not to mention the protagonist being ungodly capable of dodging just about everything thrown at her. I mean, I get it, I understand she’s the product of a bygone era (yeah right, like they still wouldn’t have androids like her kept hidden somewhere) and has fighting techniques that no one else uses because they didn’t have knowledge of this stuff, let alone the means to train with that style. And as tough as she is already, they just couldn’t resist giving her a power-up that pretty much makes her invincible for the rest of the film. Talk about a lack of tension (Mary Sues are boring, and so Superman).

And despite all that, they run with this line of dialogue on a few occasions, including with the protagonist herself, that she’s an, and I quote, “insignificant girl.” FUCK YOU! You wiped the floor with virtually all the antagonists in this film, let alone the ED-209s and the bounty hunters. And you have the ovaries to state you’re insignificant? Blow it out your shiny metal ass!

“You’re more human than anyone I know.”

Oh fuck off. Try sticking your dick into her and see what happens. What’s that? There’s no hole for penetration? Well that sucks for you Mr. Headless who never got any head, doesn’t it? 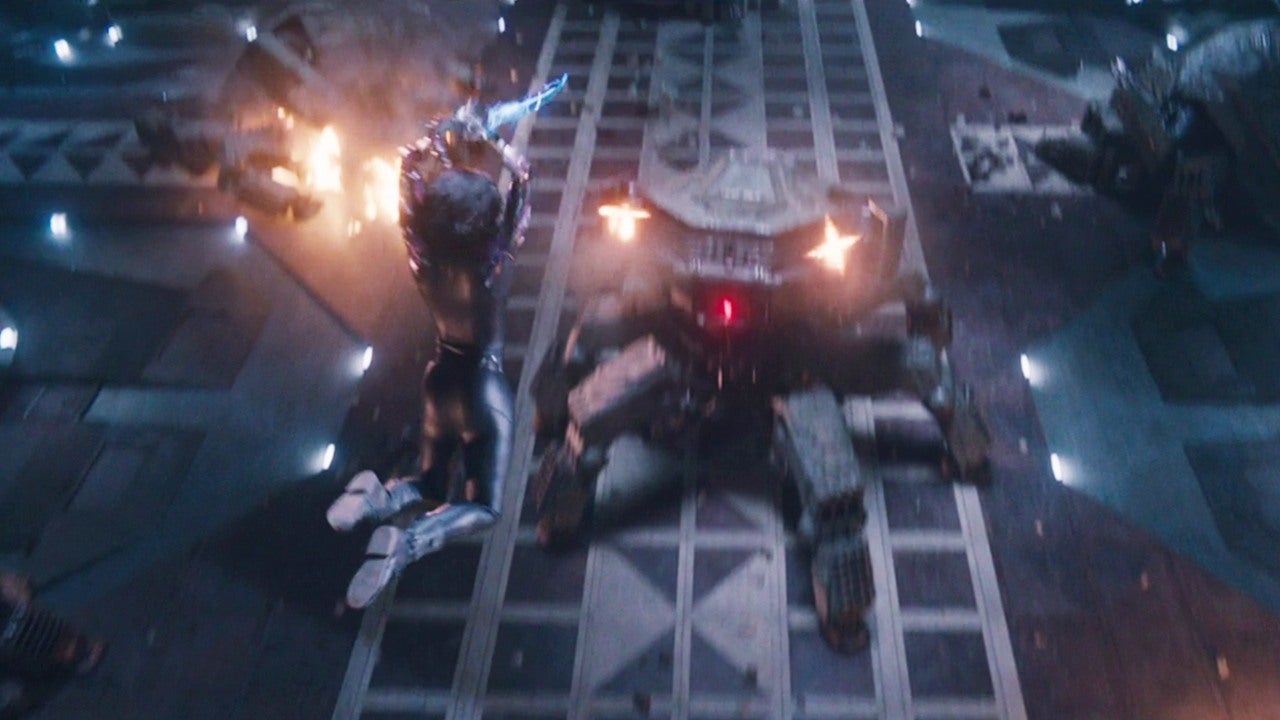 Anyway, despite the negatives, I remained invested enough in the film up until the chapel scene. “Let’s meet at the Chapel. There you can save me, like the Angel you are.” Man does the film go downhill from there. In hilarious fashion. Well, ok, it already indicated it was going to go downhill when she literally offered her heart to her boyfriend. Seriously, that’s a top contender for biggest cringe moment of the entire movie; it really seemed out of character for her, and it was just stupid. But then it got even more stupid from there once the chapel scene happens. If I was drunk and watching this, I would be laughing my ass off. But I’m not, so I just rolled my eyes instead. And it was all fucking pointless (almost as pointless as the black nurse), because the dipshit gets killed anyway. Spoiler by the way.

Christ, the more I think about what went down in the last 20 minutes the more irritable I get. The movie was decent for the most part up to that point (even if it got ridiculous with her fending off that one macho cyborg with only one arm).

I mean, if nothing else, it is better than Captain Marvel (a film which likely passed the billion dollar mark because Disney cooked the books, never mind bought the tickets to their own damn movie). But overall, it’s just meh. It was entertaining for a while, but not long enough to overcome the faults in it. I’ll stick to the manga on this one (try to get the original translation; the revised version kinda loses some of its character).