Skip to content
HomeThe Youth of the Nation: Finding Forrester (2000) 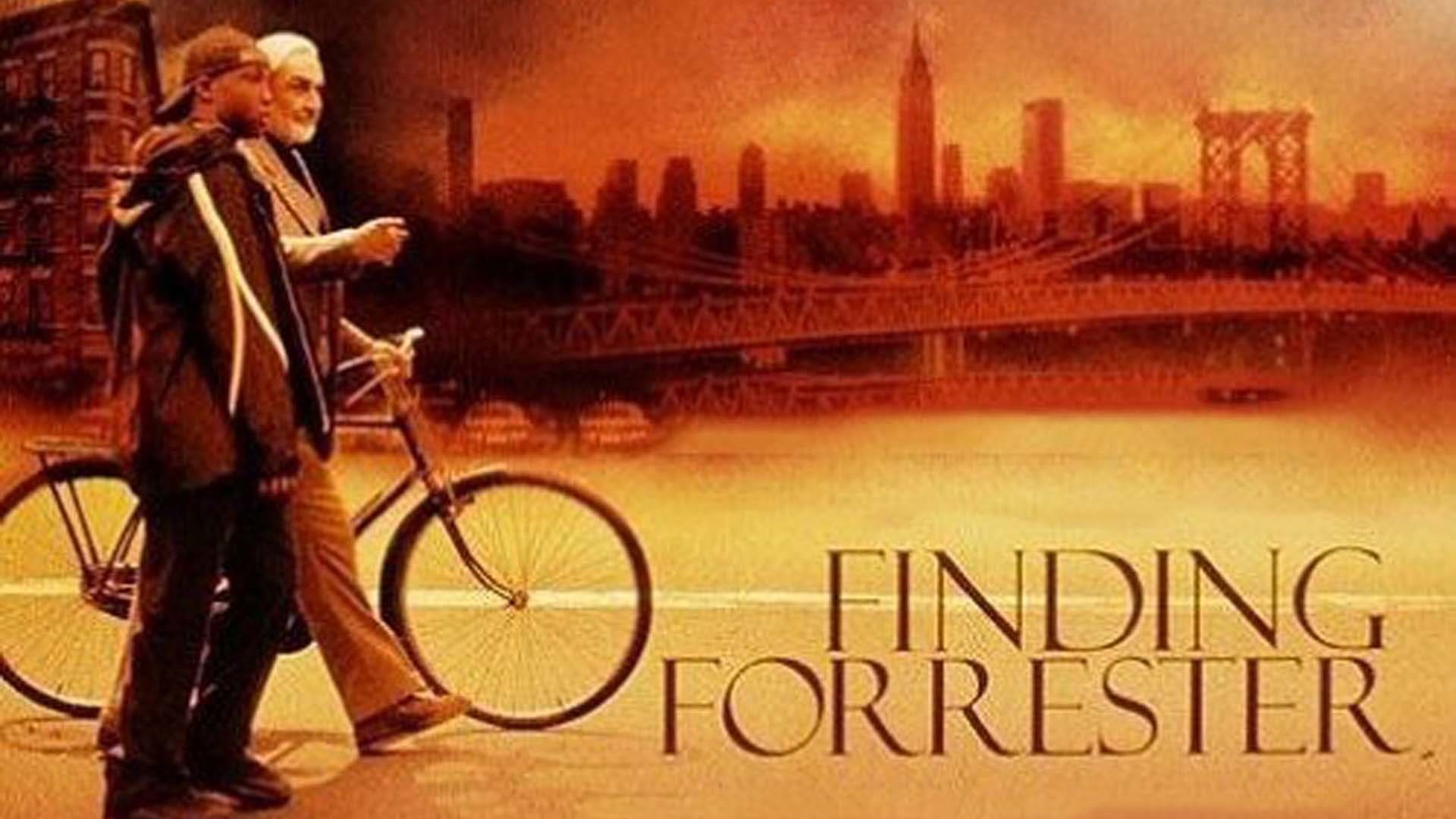 Only real issues I had with this movie was a bit of preachiness on the part of Busta Rhymes near the end, saying something like, “They let you come so far only to take it all away from you.”  That, and Anna Paquin was just so-so. Her relationship with the character Jamal didn’t ever really go anywhere interesting. I guess it’s to provide a message that one can be in a romantic relationship with someone who’s in a different level of income-class than you? You know, like Romeo & Juliet, the one romance story everyone knows about?

“Let me ask you something. How come a guy like you wastes his time reading the National Inquirer?”
“What’s wrong with it?”
“I mean, it’s trash man. You should be reading The Times or something.”
“I read The Times for dinner. But this, this is my dessert.”

Other than that, one of my more adored films from the past that I enjoy watching today, partly because I was an aspiring writer at the time (though I guess you can say I am writing film reviews, so…). Plus, a part of me believes the quote above can also apply to films, both quality films (The Times) and terrible films that can sometimes be so-bad-they’re-good (National Inquirer).

“What’s your name?”
“Jamal Wallace.”
“Sounds like some kind of marmalade. How old are you?”
“I’m sixteen.”
“Sixteen? And you’re black. It’s remarkable.”
“”Remarkable”? It’s remarkable that I’m black? What does me being black have to do with anything?”
“You don’t know what to do right now, do you? If you say what you really want to, I may not read any more of this. But if you let me run you down with this racist bullshit… what does that make you?”
“I’m not playing this game, man.”
“I say you are playing it. An expression is worth a thousand words. Perhaps in your case, just two.”

The film tackles a few issues. Yeah, racism is one of them, but it’s downplayed compared to the average anti-racist message films that come out, especially today. Because it’s not just the skin color that make those from an upper-class college look down on the protagonist Jamal, it’s also where he comes from, that he’s a basketball player from the bronx, that he usually gets C scores on his grades. They don’t understand that Jamal is a talented writer with much potential. They don’t understand who Jamal really is. That he intentionally does average on his grades because it helps him fit in with other people of color, with other people he grew up around. Same thing with basketball, except basketball is something he actually enjoys playing, something he has in common with those from the Bronx, and those from the University. There are some things many from different places, classes, and races can enjoy, and Basketball is one of them.

“Perhaps your skills do reach farther than basketball.
“”Further””
“What?”
“You said that my skills reached “farther” than basketball. “Farther” relates to distance, “further” is a definition of degree. You should have said “further”.”
“Are you challenging me, Mr. Wallace?”

But then comes a moment where the basketball game gets turned political (somewhat). A faculty member tells Jamal to do well in the game, and his other issues may go away. But Jamal doesn’t want to win a basketball game just to make some people proud. They wound up making the game more than a game, they made it into a message. That if Jamal should win, he would inadvertently be swallowing his pride, admitting that he was in the wrong and should apologize for something he did earlier that he shouldn’t apologize for. Of course, the internal reasoning is left up in the air, as Jamal never says why he ended up throwing the game at the end. In fact, we can’t be sure he did intentionally miss those free throws. Intentional, or unintentional? He knew what he was doing, or the pressure finally got to him? Either way, for Jamal, the basketball game was no longer about playing it for sport, just to contribute his skills to the team to help them win (team effort). Because others forced it to be something more (or other) than just that. It takes some of the fun out of winning, much less playing.  It’s kind of like someone saying something like, “Pay to see this movie to support this cause, otherwise you’re a jerk.”

“Just keep in mind that bitterly disappointed teachers can be either very effective, or very dangerous.”

And since I’m exploring films that deal with student-teacher relationships (not romantic ones mind you, I haven’t gotten to a film like that yet), there’s also the student-teacher relationships in this film. As stated earlier, those from the University look down on Jamal, only expecting him to contribute his basketball skills, and little else. But when he does start to do well outside of basketball (thanks to Forrester, played by Sean Connery, teaching Jamal how to write well), the literature teacher refuses to believe that Jamal is capable of this on his own. So because he doesn’t understand him, he falls back to his assumptions, that anyone from the Bronx can only be capable of doing well at this level by cheating, because no one from the Bronx can write this well. Thus we see two contrasting figures, that of Forrester, who teaches Jamal well, seeing the potential within him; and that of Professor Crawford, who refuses to see the potential in Jamal, because he is so sure of his own assumptions. Forrester is aware of Crawford’s prejudices, as it extends beyond how he views those of a lower class. Crawford wrote a critique on Forrester’s novel, a critique that Forrester states Crawford was in the wrong on, missing the message(s) in his book; yet Crawford stubbornly pressed forward on the issue in a different way, a manner that carried on into his teaching career. Plus he’s probably angry he’s never going to get laid because he couldn’t get one of his own books published. 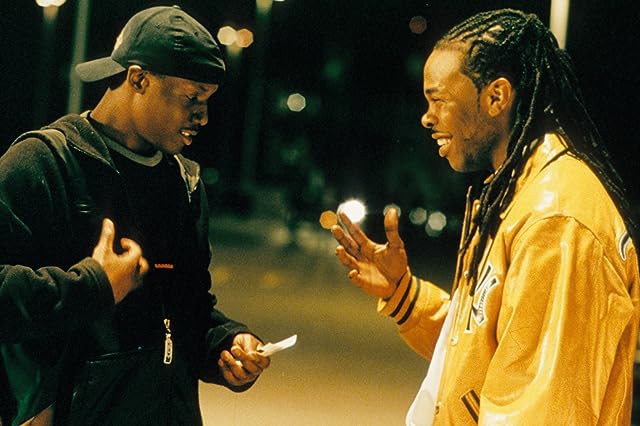 Thus one should be wary of the teachers who teach them. Of course, the film is careful to show that even Forrester has his own flaws, as does Jamal. No one is perfect. Jamal has a hard time getting his writing started, and sometimes takes the easy way out. And Forrester is too afraid/bitter of the outside world and how it treats him and his works. But they both acknowledge their faults during the last 3rd of the film. Crawford, however, refuses to acknowledge his own faults, and as a result becomes embarrassed, publicly, on two separate occasions.

“No thinking – that comes later. You must write your first draft with your heart. You rewrite with your head. The first key to writing is… to write, not to think!”

So to sum up, this is a good film I recommend. Good lines, good morals, and is made well enough. But that should be expected, considering the director is also responsible for the somewhat similar film Good Will Hunting. While that film has two teachers clashing with each other over what is best for a student, this film is about two teachers clashing over what a student is capable of, though the clash is more indirect in this film.