There’s too many men
Too many people
Making too many problems
And not much love to go round
Can’t you see
This is a land of confusion.

This is the world we live in
And these are the hands we’re given
Use them and lets start trying
To make it a place worth living in.

So many would worry about the status of the United States today.  What was once a mainly Christian-Conservative nation (which did have its own share of flaws, but plenty of upsides), is now transforming into a socialist/globalist nation.  Mainstream media vilifying anyone deviating from such political views, open borders, and being anything but straight and white.  Radical groups going after anyone challenging the change.  And only a few strong-willed individuals fighting against what seems to be a losing battle. 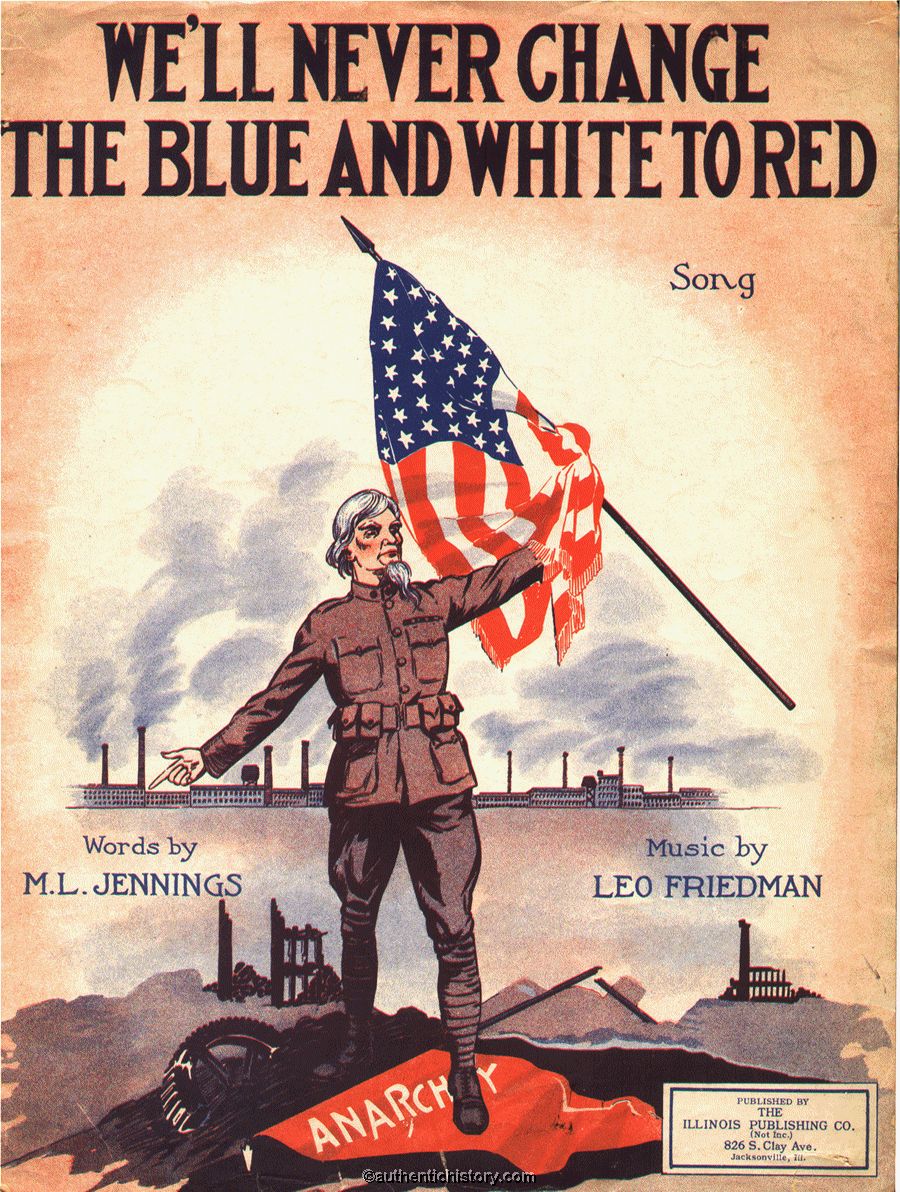 This is not something new.  This has happened before.  The biggest example would have to be the Red Scare.  Many would argue this was primarily about the Cold War, and the paranoia over Communist influence.  How Senator Joe McCarthy went after 80+ people unjustly with no grounds for his claims regarding them being Communists that pose a danger to the Democratic-Republic form of government.  How much of the red scare wound up being false flags, and much of the paranoia stirred up from people like McCarthy was simply a case of chasing one’s own shadow. And McCarthyism would be a term used from then to now, continually demonizing the man’s name to this very day. 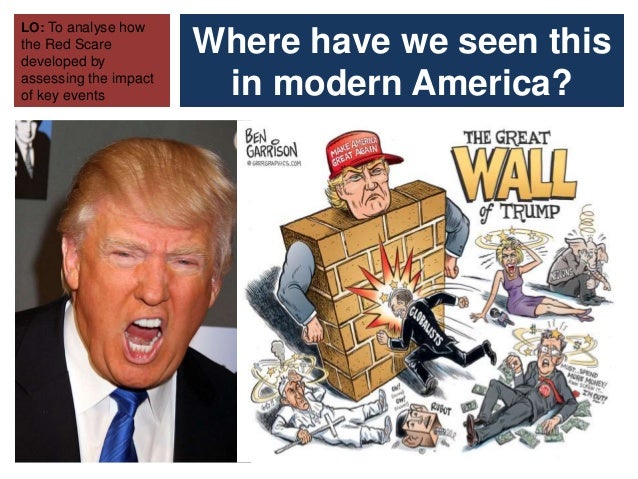 Like how many demonize people like Donald Trump for claiming there’s a crisis at the border, that there is a serious issue with the crime rates due to illegal immigration, much less the voter fraud.  How others point out that this is part of some conspiracy fueled by people like George Soros who want globalism to happen, by putting in as many “refugees” as possible from chaotic third-world countries into first-world countries, bringing them down to their level.  Because once all major countries are in chaos, they will become easy pickings for corporate/communist/socialist/totalitarian overlords.  And anyone who challenges this threat becomes broken down and demonized themselves.

The similarities can be summed up with this quote from the novel Blacklisted By History:

To see the changing nature of the issue, we need only scan the report on domestic Communism compiled in 1930 by the Fish committee.  For its time a comprehensive wrap-up, this found the CPUSA to be a militant revolutionary group, mostly headed by alien leaders and drawing on a membership base heavily weighted to recent emigres, many of whom could not speak English.  That a Communist Party so led and constituted could penetrate the civilian ranks of the federal government–or make serious efforts to do so–occurred to practically no one.

In the next few years, however, the conditions recorded by the Fish committee, both in the Communist party and in the nation, would be altered in drastic fashion.  By the middle 1930s, the party would undergo a complete makeover in public image and at least a partial makeover in composition.  In the age of the “popular front,” the comrades shelved much of their violent,  revolutionary rhetoric; the cause would now be depicted by party boss Earl Browder and his agents as old-fashioned Americanism updated for the modern era.  In pursuit of this notion, the party adopted a stance of cooperating with other leftward and conventionally liberal forces for reform and social justice, peace, and other noble objects.

Simultaneously, and no-doubt aided by this tactic, there would be an influx into party ranks of native-born Americans, many fresh off the college campus, some from Anglo families dating back for generations.  The new arrivals gave the party a different kind of cadre, and cachet, that would be useful to it in numerous projects.  Foremost among these was the entry of party members into posts of influence in many walks of life, including academic and media jobs and government work for those inclined in that direction.

Aiding the infiltration process were the pell-mell methods of the First New Deal under President Franklin Roosevelt, who came to power in 1933 in the early stages of the Great Depression.  As is well known, Roosevelt and his advisers tried multiple panaceas to deal with unemployment, bank runs, a collapsed stock market, farm problems, and other economic troubles.  Subsidies, regulations, and new programs abounded.  This hurly-burly meant a lot of federal hiring.  It also drew into its vortex all manner of self-stylized planners and reformers anxious to get in on the action.  And nobody at this time was bothering to vet the new recruits for anti-Red credentials.

As a result of these conditions, a sizeable corps of Communists and fellow travelers would wind up on the federal payroll, together with a host of others susceptible to recruitment.

While the Communist threat didn’t do as much damage during that time period, up through the 60s at least, as many like McCarthy feared they would, damage was done.  And it is still being felt today.  Consider how many media/news sources demonize Catholicism Christianity and Capitalism, compared to Communism (either Russian or Chinese) from the 70s to the present (hint, there’s a curve).  How many demonize America for its involvement in Vietnam, compared to the havoc wrought by Ho Chi Minh and the Vietcong.  How many demonize Republicans and Conservatives, compared to Democrats and Liberals and Socialists.  The condemning of the former tends to overshadow any condemning of the latter in each case.  And it’s not because true history is on their side, and not because it goes along with the facts, and not because it’s for the moral good.  It’s because many in power don’t want individualism and freedom to thrive.  Because individualists and those with freedom are more difficult to control.  And every Communist/Socialist nation needs control over the populace, so that those who rule can maintain a firm grip on their power.  Every Corporation wants to control and/or eliminate all potential competition so that they can remain on top. 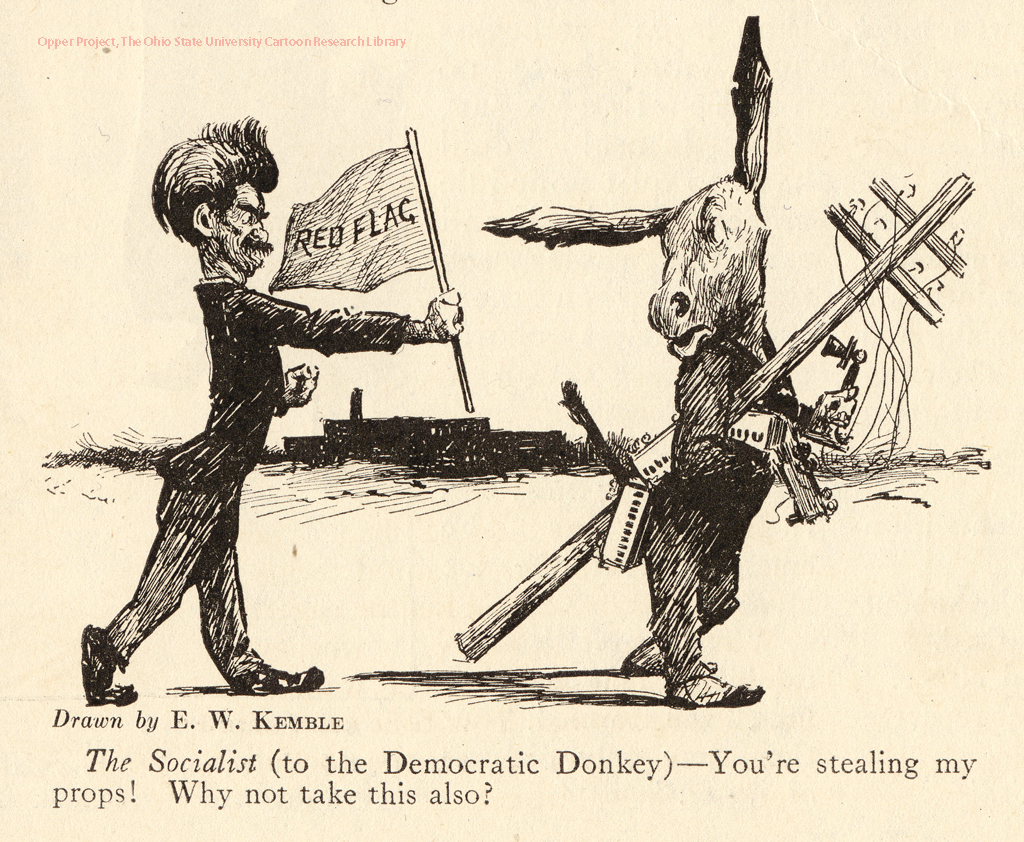 The ironic thing about all this is that those in charge are themselves individuals, with their own needs and wants, with their own flaws and strengths.  Because it is human nature to desire wealth and power.  Wealth can be gained by earning it from your own work and being given it willingly from others, or by forcefully taking it from others.  Same thing applies to power.  The more wealth/power there is in the world, the more the most ambitious in the world will see for the taking.  The more technology advances and the more the world population grows, the more power/wealth there will be.  With technology that ends up making the world smaller by making travel and communication faster, it is only inevitable that the world will transform from those factions who each rule a nation, to a faction that rules the world.

Ooh superman where are you now
When everything’s gone wrong somehow
The men of steel, the men of power
Are losing control by the hour.

This is the time
This is the place
So we look for the future
But there’s not much love to go round
Tell me why, this is a land of confusion.

Is it possible to fight the good fight and win out in the end?  To have sense and compassion win out in the end?  Or will we succumb to what some consider to be the inevitable?  The downfall of once-great civilizations, the scattering of a once unified populace, only for the process to begin again?  The way I see it, populations are running out of places to run to.  The world isn’t as wide and open as it once was.  The cycle has to break, a sense of unity and progress has to be maintained.  Because if not, then it will be humanity that breaks.

They say those who don’t learn from history are doomed to repeat it.  I say we only get so many repeats before it’s game over.  Those who won’t hear others out, who won’t be reasonable, who won’t compromise, who won’t think critically of events, who don’t question much of what they hear, will inevitably lead everyone into bloody conflict.  At this point, I don’t see any way out of this but through war.  And it could very well be the last war anyone fights, one way or another.  And if it doesn’t come down to war, then it comes down to being willingly and cumulatively poisoned to death.  There is a red scare.  And there will be blood to make the scare red.  It has already been shed.  It’s just a matter of how much more there will be until it ends.

We may not live long enough to allow science to progress to allow the human civilization (let alone Americans) to live on when the planet fails.  And if that is to be our fate, then all I can say is, “Well, it was good while it lasted.”

I wont be coming home tonight
My generation will put it right
We’re not just making promises
That we know, we’ll never keep.

Now this is the world we live in
And these are the hands we’re given
Use them and lets start trying
To make it a place worth fighting for.

This is the world we live in
And these are the names we’re given
Stand up and let’s start showing
Just where our lives are going to.