Like so many inspirational “Top whatever-rounded-to-the-nearest-5th-or-some-bullshit-number of-some-general-subject” lists that are out there, this one is going to be a simple one, with no rank or general order whatsoever.  It is simply a list of memorable characters in film who outta be killed.  Characters who survived through whatever ordeal they were put through in a movie who shouldn’t have, because they are annoying as fuck, sometimes just because they survived an ordeal.  Note, for all those who are already throwing a fit and trying to call the police on me to SWAT my ass, this refers to the characters the actors play, not the actors themselves, I’m sure most of them are moderately decent people just like yourself.

Yeah, I’m feeling bloodthirsty today.  So without further ado, here’s the first individual who should have porcupines with poison-laden quills thrown at her: 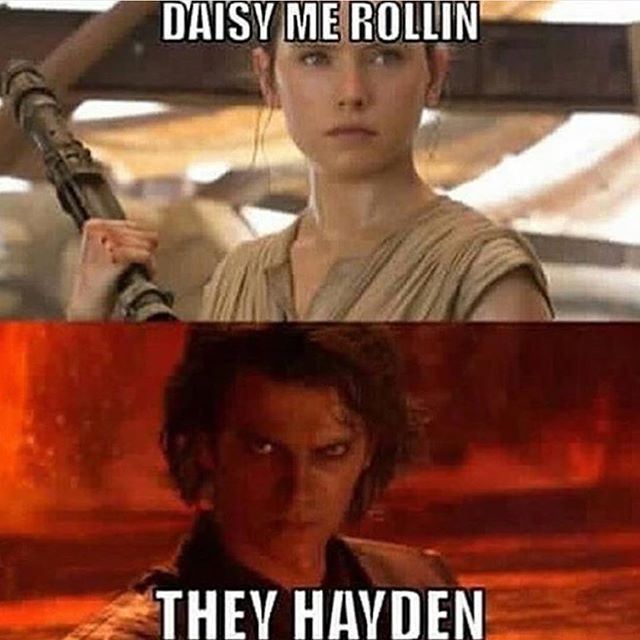 Overpowered Mary Sue bullshit annoys me to no end.  And this applies to those Gary Stu cocksuckers too when I get to them.  She should’ve crashed that Millennium Falcon in attempting to fly it, and killed both herself and Fin, then the whole SJW uprising in Star Wars would’ve ended right then and there.  Or Kylo Ren could’ve sliced her up when he dueled her.

Samuel from The Babadook

And no, cunthole kids aren’t safe from this hit-list, especially this little annoying shit who screamed his lungs out endlessly after doing something outrageous that harmed someone else.  The mother should’ve strangled him to death and then smashed his head in with a bowling ball.

Here’s the next asshole who should crash into a tree and get ejected through the windshield and then smash through a dozen cactus’s and land in a scorpion nest:

Here’s the fucking Gary Stu I was talking about.  Oh sure, he gets punched and knocked back by big beefy security guards a couple of times, but that’s not going to matter when he can get through most security measures, and tackles Telekinesis master Tetsuo with a laser gun more effectively than an entire army of people with those same guns could 10 minutes ago, nevermind surviving all these ridiculous situations that should’ve left him crippled at best.  This problem is only amplified in the 6-part manga series.  His body should’ve been filled with lead, his brain should be gushing out of his eye sockets, and his whole body should be smashed by a boulder.  Or if nothing else, Tetsuo should’ve telekinesized his ass all over the walls of a hallway.  Fuck Kaneda, and his egotistic punk attitude and his Stu-iness.

Here’s the next pussy who should have a red hot poker shoved up his dickhole:

Biggest pussy in the world who fucked the world up its greenhouse fart emitting asshole.  Asuka should’ve chopped his balls off after he jacked off in front of her, Misato should’ve blown his brains out to put him out of his misery, his dad should’ve convinced his mother to abort him, that gay angel should’ve fucked him to death.  Any of those actions would’ve literally saved the world.  Fuck Shinji, and fuck End of Evangelion.

Here’s the next bitch who should be scalped and thrown into a pool full of great white sharks:

Willi Scott from Indiana Jones and the Temple of Doom

She bitches and moans so much, she makes me seem like a decent person by comparison.  Does more harm than good, and I can’t for the life of me figure out why Indy would want to keep her whiny-ass along for the journey, let alone why the fuck she would even go with him.  The Indians should’ve killed her and cooked and ate all her bodily organs and thrown the rest to the crocodiles.

Here’s the next group of pricks who should try surviving in a fridge amidst a nuclear holocaust, after it lands in an active volcano spewing magma:

All the main protagonists in the Fast & Furious franchise

Fuck those guys and girls, they get away with too much shit and are too skilled to the point where they know how to manipulate the laws of physics.  The number of times they should’ve died in fights, shootouts, and car accidents (with all due respect to Paul Walker, RIP) is so high, Thanos would’ve made sure they were on the snap list.

Here’s the next broad who should be stoned to death, with an overdose of coke laced with cyanide:

“Aaaaaaaaagggggghhhh!”  God almighty, shut the fuck up!  Run outside and scream and get lazer-blasted to dust by those aliens why don’cha?

Here’s the next twerp that made me a supporter of abortion:

Fred from Fred: The Movie

Has the most annoying fucking voice in the universe, has no good qualities about him whatsoever, is a stalker, and his dad is John Cena.  The Undertaker should show up and tombstone him straight to hell where Kane is waiting to give him an eternal beating.

Here’s the next little bitch that deserves to be subjected to all the horrible stuff you here happening in the worst neighborhoods of Detroit:

The kid was a dumb fucking asshole who caused his dad to get killed, and the stranger just sucks.  All those purgers should’ve wiped them out along with the rest of the family.  Serves then right for having a dumb cunt kid doing a dumb cunt thing so a bunch of psycho cunts will want to kill them all.  The dad is the only one who should’ve lived.

Here’s the next bastard who should overdose on steroids after overdosing on Viagra, causing his dick to self-implode and make him bleed to death:

John Triton from The Marine

The fact that you gave birth to Fred is bad enough, but being an unkillable Gary Stu who makes Schwarzenegger and Stallone seem mortal by comparison without being in their league is unforgivable.  The T-1000 should’ve violated you through all your holes with his liquid spike shit.

Here’s the next douchebag who outta get pummeled by life-sized rock’em sock’em robots before Jason from Manhattan shows up to finish him with an uppercut:

Literally the cause for all the problems everyone endured on the island, both those he hated as a radical PETA member, and those he was friends with.  Should’ve been gored by a triceratops, eaten by a T-Rex, shit out and finished off by the Compsognathus.

Here’s the next broad who should be thrown into a shallow pool filled with sea urchins:

She just annoys the fuck out of me, ok!?  That’s reason enough.  Fuck Tina, Tina sucks.  Her and the main cast should’ve been devoured by some sea monster, while Kevin Costner’s character gets chopped up by Dennis Hopper (just because he came around to liking her). 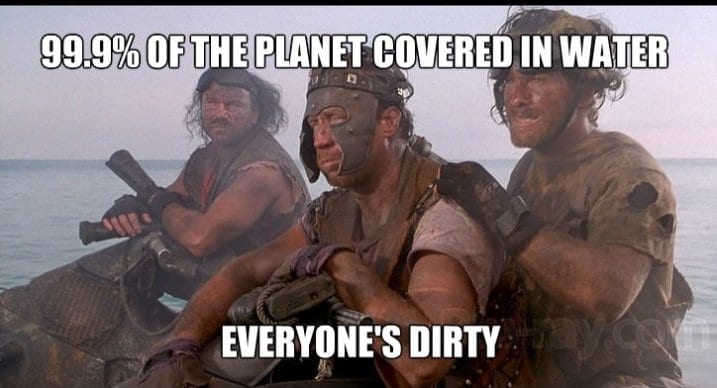 Here’s the next (and last) person who should be cock-punched by the wolverine:

Casey Ryback from Under Siege

Normally I wouldn’t care.  But when Steven Seagal is in the same film as Tommy Lee Jones and Garey Busey, I start to think he isn’t good enough for this film, and should’ve been riddled with bullets.  And cock-punched by Busey and Jones at the same time.

That being said, my opinion would change completely if this scene was in the movie:

On that note, here’s the last bunch of cunts who should be thrown into an oven and roasted alive:

If I don’t here them talk or sing again, it won’t be soon enough!  Godzilla should’ve burned them, or squished them with his foot.  Better yet, someone should’ve accidentally stepped on them, that would’ve made my day.

PS: I love cartoon characters.  No matter what you say about them, you don’t feel bad.