Continuing from part 10 of the Dune Book Club, run by Comic Book Girl 19. Second to the last section!

Boy did this section have some great lines regarding politics and religion.

You cannot avoid the interplay of politics within an orthodox religion. This power struggle permeates the training, educating and disciplining of the orthodox community. Because of this pressure, the leaders of such a community inevitably must face that ultimate internal question: to succumb to complete opportunism as the price for maintaining their rule, or risk sacrificing themselves for the sake of the orthodox ethic.

This is demonstrated in this section with Paul not wanting to follow Fremen tradition and killing their leader to replace him and lead the tribe. In this case, Paul replacing Stilgar. Paul knows that this is the wrong thing to do, and that it will harm the Fremen far more than it would benefit them. An outsider’s perspective, another point of view, to improve upon what is already there.

When it comes to all orthodox religions, they are established at a time when they only know as much as they do at the present time, along with important things from the past if they are lucky. The problem with this is that new knowledge, new wisdom is gained as time goes on which has a high likelihood of making beliefs and traditions (not necessarily all of them) outdated.

I think I’ve bashed on Islam and Muslims enough in previous entries, so now I’ll take a shot at Christianity, and Catholicism. So in the Old Testament the philosophy tends to be “eye for an eye,” (I know that’s generalizing it, but if I’m to dive into specifics that would make this post longer than I want it to be; and I just don’t feel like it). In the New Testament the philosophy is “love your neighbor as you would love yourself.” A contradiction to be sure, but it can also be seen as an evolution of the religion with new knowledge/wisdom gained. Plus there’s the whole stoning of gay people, while as today the only sort of stoning that should be done to them is giving them some THC to smoke/consume. Hell, that could be a win-win considering that when you’re high enough, you become to lazy to have sex anyone, so there won’t be any homo butt-fucking or scissoring going on which ought to make everyone as gay as someone from the 20s (you know, the old definition and all).

But there are those who still believe in Old Testament teachings to this day, ignoring the wisdom found in the other teachings, and pretty much follow the belief of, “Thou shalt not stick thine own dick into another man’s asshole,” among other things. Don’t think they’re too popular these days.

And then there’s times when orthodox religions try to be hip and cool to attract the newer generations. I’m not too sure how often they fail and/or succeed, but man is it fun to see them try. Especially in the 90s:

But in all seriousness, these quote is all about the religious orthodox and its regard to living alongside politics, whether it should be separate from it, or a part of it. The problem with being separate from it is that it’s, well, impossible, because sooner or later politics is going to invade the religion bubble, or religion will invade the political bubble. The politicians will want taxes and/or having the religious followers vote for whomsoever, as well as abiding by certain laws regardless of whether or not the religion claims to be above the laws, should be an exception to the laws, etc. The religious leaders will want exceptions from laws, or laws to be bent/broken/changed to fit the religion. Because in a society, not everyone will want to follow the religion anymore than everyone will want to follow the laws. If a law is broken, that usually means jail time for the individual. If a religious rule is broken, what consequence is there for that in this lifetime? Would making a religious law
an actual law be a way to get incentive for citizens to follow the religion? Even if making such a change would violate some religious teachings? 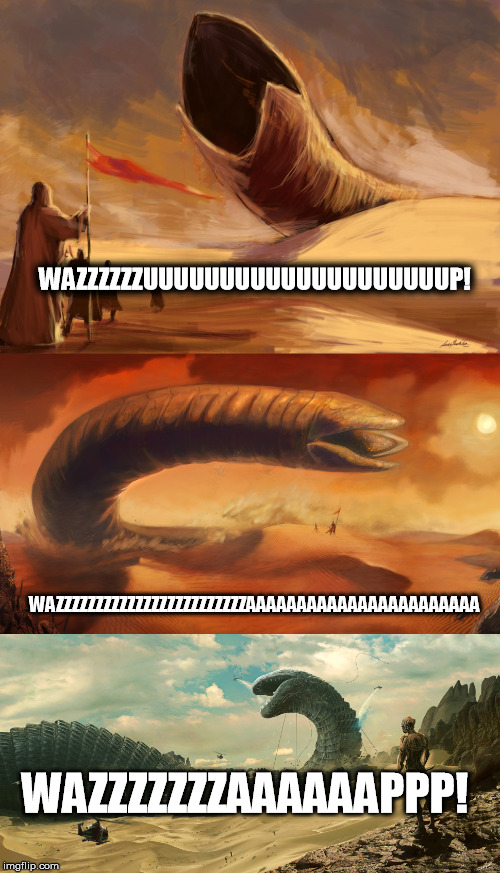 When law and duty are one, united by religion, you never become fully conscious, fully aware of yourself. You are always a little less than an individual.

In other words, an individual shouldn’t be ruled by religion else they cease to be as independent as they once were. They must adhere to religious guidelines or suffer jail-time. I believe this is demonstrated in A Clockwork Orange, even if in that situation a priest decries the whole process that “cures” the individual. 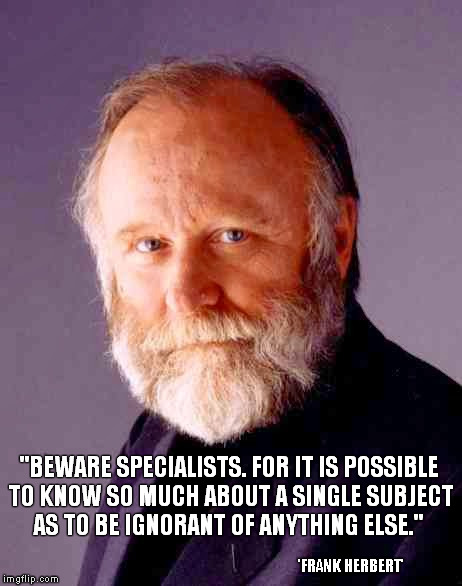 How often is it that the angry man rages denial of what his inner self is telling him.

I get that sometimes. I think everyone does to some extent. For example, “It’s time to get up. But I don’t want to get up!”

“Prophets have a way of dying by violence.” 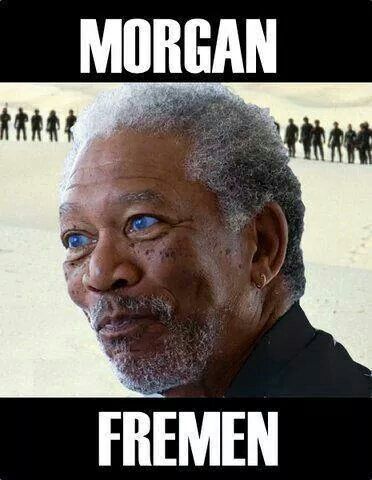 Pages 700-709, those pages are likely the most emotional moments of the entire book. Having old friends and family members threatening to kill each other over a misunderstanding, and how it’s tearing Paul Atreides apart inside, and how he’s trying to remain strong and not show his emotions (and failing in regards to his perceptive mother). The best part of all this is Lady Jessica finally admitting both to herself and to her son how she has become too much of a manipulator, has let political thinking cause her to stray too far from her humanity.

“Paul,” she said, “there are other awakenings in this universe. I suddenly see how I’ve manipulated you to set you on a course of my choosing … a course I had to choose–if that’s any excuse–because of my own training.”

“Paul … I want you to do something for me: choose the course of happiness.”

Something that even Duke Leto Atreides wished. Perhaps both he and her have realized now that leading this life of plans within plans, of political and religious manipulation, is not worth it in the end if it comes at the cost of happiness. Because both religion and politics, even if they aim to preserve happiness and good, tend to have a bad habit of destroying both. The corruption of Yueh, the fall of the Atreides House, all those close to or within the Harkonen House, even the Padishah Emperor, all corrupted and losing their happiness due to political games and/or religious influence. Because politics and religion, regardless of their claims, all have one thing in common. Power and control. And absolute power corrupts absolutely. Or at the very least… 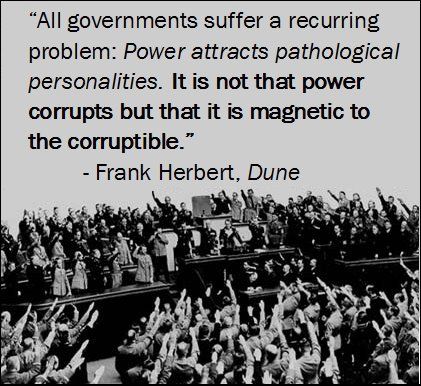 Notes After the Twitch Stream

Edit: here it is: