Yep, review of two movies, because I don’t feel like doing excessive typing for just one of them. Mainly because lately I’ve been focusing on novels rather than films and games, though I’ve been getting addicted to The Elder Scrolls: Legends, a card game in the same vein as Hearthstone. In case you’re curious about the books, I’m reading Stephen King’s It in preparation for the film, and Frank Herbert’s Dune in preparation for Comic Book Girl 19’s Dune Book Club thing she will be having on Twitch. I’ll admit it, I’ve got a crush on her, but I also agree and respect most of what she says. Except for John Wick 2, that movie kicks ass.

Anyway, enough of the tangent. Movies!

While it is more entertaining overall than Prometheus, and there are fewer moments of unbelievable stupidity…

…there are still moments of unbelievable stupidity. Moments that made me go, “All right, you know what, you dumb fucks deserve to get killed.”

In case you want to know, (hey, I clicked on the “Contains spoilers” button this time, so you don’t get to bitch about me ruining the shitty surprise), let me paint the picture for you. So the first Alien film from the 70s; you know, the only good one Ridley Scott did. The only thing we really know of the creature’s background is that it came aboard an unknown alien spacecraft, is responsible for the death of the Space Jockey, which sets up the mood that there is this technologically advanced alien race out there somewhere, or that there used to be. And this Alien species is responsible for destroying it, or at least a portion of it. And humanity is nowhere near as advanced as them, which should make us worry even more about our chances against these creatures. The mystery, the unknown. The unknown is what is ultimately terrifying to us because we can picture it as being our worst nightmare. Filling in the blank is extremely dangerous, as it is most likely it won’t match the nightmare scenario most viewers have thought about when watching the first Alien film. So Ridley Scott decided to fill in that gap.

With Prometheus, for all the film’s faults, I didn’t think it fucked with the lore too much. But this film, oh this film. It takes all that mystery and horror, and shits all over it. How? By stating that psycho android Dickbender from the first film is somehow responsible and capable of genetically altering/engineering the alien lifeform until it becomes what we get in the first Alien film. In other words, it’s no longer about how/why another alien race created the Alien species, or if the Alien species has always been around and has just been spreading from planet to planet, from galaxy to galaxy, as a virus needing a host to leech on. It’s about some fucking mad robot that humans made who is ultimately responsible for all this.

Great way to kill off that mystery you motherfucker. And double-fuck you for not having any practical alien effects and suits in this film. Say what you will about the AvP films, at least they managed that much.

Christ, you know what? I’ve fucking had it. I’m done. I refuse to watch any more films from this franchise so long as Ridley Scott is doing them. This needs revamping and new blood, like Neill Blomkamp and what he was originally going to do. But noooooo. Hollywood and Ridley doesn’t want that to happen so easily and just yet. Because fuck us. Well fuck you too. I didn’t spend a penny to watch this film, so hah! Suck a practical effect Alien mouth-cock!

So as you can tell, I’m more pissed about the rape of the lore than I am about everything else in the film. Dumbfucks aside, the special effects are decent enough, at least when it came to the spaceship. The film was thrilling enough, even if I knew how it was pretty much going to end (that was dumb too if you really think about it). There’s a decent amount of entertainment to be had here. And like Prometheus, it’s shot incredibly well and can be visually impressive from a cinematography point of view. But there’s so many faults around the good stuff that it ultimately brings the film down. Feel free to watch it if you don’t give a rat’s ass about the lore. Otherwise, avoid this like the fucking plague.

I really want to rate this film lower than I currently have. Shit, considering how much bashing and foul language I’ve thrown in, you’re probably wondering why I didn’t just give it 1 star. A part of me doesn’t want to because there’s some fun moments and nice atmospheric scenes in it that made me see how good this could’ve been with a few rewrites here or there. Pretty sure that part of me is going to die off with time, so enjoy this higher than it deserves 3 star rating while it lasts.

PS: Actually, you know what, fuck it, I’m making it 2 stars just to spite the fact that this film shows so much extreme violence, and yet it tones it down a notch when it comes to the shower scene for showcasing some nudity and sex. Fucking hypocrites, like explicit consensual sexual intercourse is more disturbing than explicit blood and gore. Granted, the scene was eventually going to have both, but I wanted more shown clearly of the former goddamnit!

Groovy. Fast & the Furious can eat a dick.

I don’t think we’ll find a film with better editing for the rest of the year. The music, and how just well timed the stuff happening on screen links to the music cues of each song on the soundtrack at the right time. From words in a shop or graffiti on a wall, to gunshot timing, doors slamming shut, all of it conforms to the beat of the song being played at that moment. And that long one-shot take after the opening action segment, good God man, the amount of effort that must’ve gone into that to make a borderline music video.

It’s nice to see Jamie Foxx finally play a villain. He may have done that at some point in an earlier film, but I haven’t seen it if that’s the case. I got sick of him always playing the good guy when he clearly has an asshole-aura about him that needs to be exploited for a role like this. Thankfully, it’s put to great use here. And he’s quite memorable as a result.

Also nice to see a film like this that’s rated R. It could’ve been PG-13 with some edits, but I’m glad they didn’t. They decided not to hold back on the violence and language. People getting blasted, run over, impaled. It’s great.

Characters left something to be desired. Not entirely interesting or investing. But their attitudes, personalities, it shines through enough to be entertaining.

And surprisingly realistic when it came to the outcome of the ending. Again, Fast & Furious can suck it.

Not much else I can say about it. It’s difficult for me to write much about a film I have positive feelings for unless there’s fascinating thought-provoking themes to it. But there isn’t in this case. It’s just a fun little car ride film with some decent shootouts and character moments here and there. And that’s not a bad thing. Fun, earnest, has a nice beat, and I recommend it. 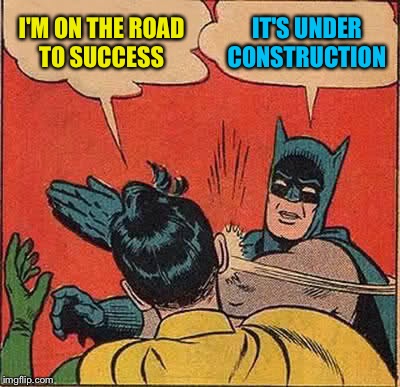