Skip to content
HomeNew Zealand: What the hell is going on? 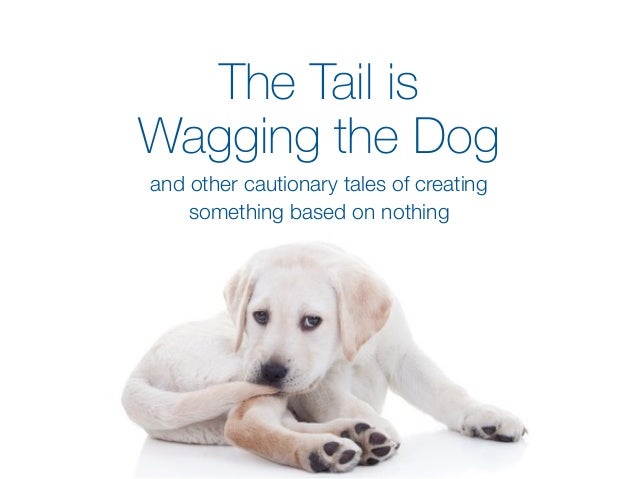 “You just can’t — you can’t immediately discount this.  The left is this insane, they are this crazy.”

So several days ago a mass shooting took place in New Zealand and a couple mosques.  The shooter live-streamed the first mosque shooting, and the feed cut off as he was driving to the 2nd mosque.

The response was predictable from the media, both in New Zealand, and in the United States.  They have gun control laws in New Zealand, so the next step is to ban guns altogether (though I do wonder if the guns the shooter used were legal in the first place).  Trump is blamed, for some reason.  And there’s the whole 78 page manifesto the shooter allegedly wrote that justified his actions.  And last but not least, whites are condemned (including Australian whites, since the shooter is Australian), while the muslims are protected and pitied, which always tends to happen regardless of whether its muslims getting killed, or muslims killing non-muslims.

I was ready to rant and rave about all this, but I restrained myself.  I needed time to think about the whole thing before venting.  As it turns out, that was the right call to make.  Because the whole thing, at least as far as the live-streamed video is concerned, seems to be one big false-flag operation.  The video is a fraud.  Real people weren’t killed on that video.  We’ve been had.

Now before you go off on me in a, “How dare you sir!” type of manner, hear me out.  I was skeptical about these claims of the video being faked myself.  And yeah, I actually managed to download a copy of the nearly 17 minute video before it was taken down.  And I watched it.  And something about it seemed off, but I didn’t feel the need to analyze it too closely.  As for my initial emotional reaction to it, I’ll get to that later.  But anyway, I wasn’t convinced it was fake until it was pointed out how blatantly fake it really is.  From a video uploaded to BitChute by trevorlyman.  He points out how bullet casings were literally disappearing mid-air (indicating they were added in via CG or something).  The way he took out these two groups of people at the back-end of the mosque.  No bullet holes in the walls (let alone arterial spray).  And that at least half of these bodies are mannequins.  After seeing the video again with his analysis in-mind, I say that conclusion is the only plausible one.  It’s a fake.  We’ve been had.

Doing my own personal analysis afterwards, I did notice how peculiar that whole thing is regarding the disappearing bullet casings.  While he’s indoors, the casings are definitely flying onto the floor and stay there.  Those seem real.  But when he picks up the magazine that was in the building lying on the floor before the shooter even entered the building, and uses it to fire outside, those are the bullet shells that disappear in mid-air.  The rest seem to have real shell casings that were basically blanks (either that or they fire rubber rounds, or do some sort of air-soft action).  And even if we disregard the whole bullet casing issue, there’s no way a shotgun blast wouldn’t leave a tone of blood on the white tile the first 2 victims were initially on when they get blasted.  The blood doesn’t appear until later in the video, like they slit open a blood pack, similar to what they do in professional wrestling except it looks more real in wrestling.

Even if one of those things could be explained away, there’s too much wrong with this video to make it believable for those who actually analyze it.  Which begs the question: if that video was staged, then where the hell did those 50 bodies come from that’s being reported in the news?  Answers to that are likely not to be found if New Zealand gets their way and keeps not only the video of the actual shooting banned (and arresting anyone who possesses it), but keeps everyone in the dark by banning access to 4chan, 8chan, Bitchute, ZeroHedge, and Dissenter.  And yet, Facebook isn’t listed among one of those sites they seem to want to ban, despite the fact the video was initially “livestreamed” on Facebook (even if it was more likely this “livestream” was just streaming a pre-recorded video).  It stinks of making it officially impossible for the public to analyze the video for themselves under the guise of emotions and morality, while likely doing so to keep the false flag operation running.

Even if it was Real

Here’s the thing though.  Whether the video was real or not, the response to it is very much real, and is done with an intent.  The cries for the victims.  The sympathy for the muslims.  The backlash against white people and, somehow, to Donald Trump.  And the calls for banning guns, of course.  Even though it was one or two people with a gun that drove off the shooter from the 2nd mosque, something I don’t think we’re going to get the actual details on, especially when there wasn’t a livestream of that portion of the incident.

So here’s how I felt about the whole thing when I initially saw the video and initially thought it was real (despite some aspects of the video that seemed iffy to me, making be a tad bit reluctant to view it as legit, but not enough to stop me from buying into it on a first watch).  Not a goddamn thing.  I didn’t feel any sympathy for these people getting blasted.  And I especially didn’t feel like donating to some muslim victim’s clause like Paul Joseph Watson suggested in his video response to the whole thing.  It felt like a “what goes around comes around” sort of thing.  Considering how often fucking radical muslims tend to do massacres like this frequently, yet no calls to action or even shame are done towards them, at least not in the MSM.  Except for Senator Fraser Anning. 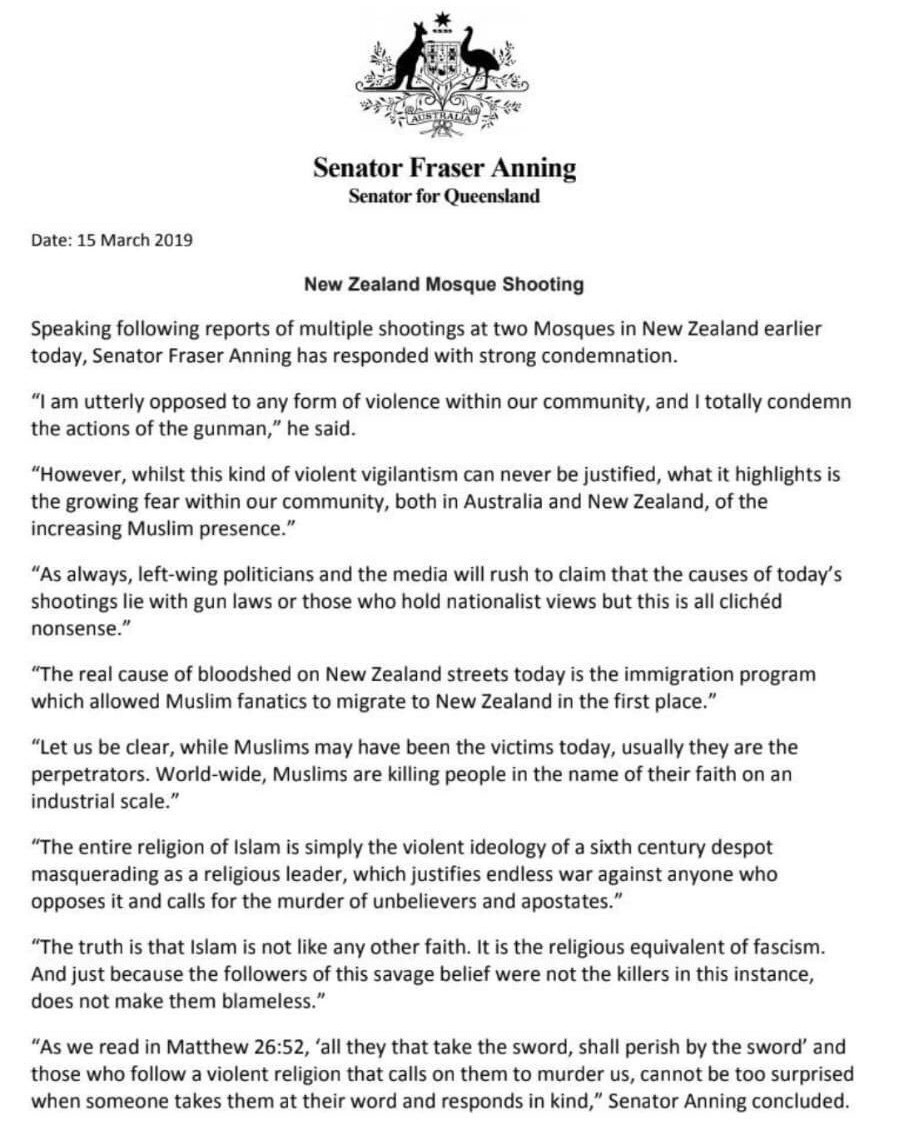 And he’s already getting backlash for those remarks.

Does anyone else find it strange that muslim attacks against virtually anyone else, whether it’s another religious group or a non-religious group, or even a gay group, doesn’t tend to get this kind of attention, and this kind of call for blaming the attackers?  I’ve become so sick of the hypocrisy that I wouldn’t shed a tear if the same fucking thing happened to a bunch of muslims.  As in actually happened, with no false flags.

Muslims have gained too many priveleges in our society, the kind that isn’t much different from the priveleges that white people had during the days of racism (from the 1960s and earlier), and in many films depicting such.  The media is playing into the very narrative this “shooter’s” manifesto stated it wanted them to play.  Blaming Trump, pewdiepie, Candace Owens, and accelerating a civil war between muslims and nationalists.  And I honestly can’t say I entirely disagree with that idea, all things considered.  Especially if every shooting that happens, even those stopped from someone carrying a concealed firearm, only seems to serve as another reason to promote gun control and gun bans.